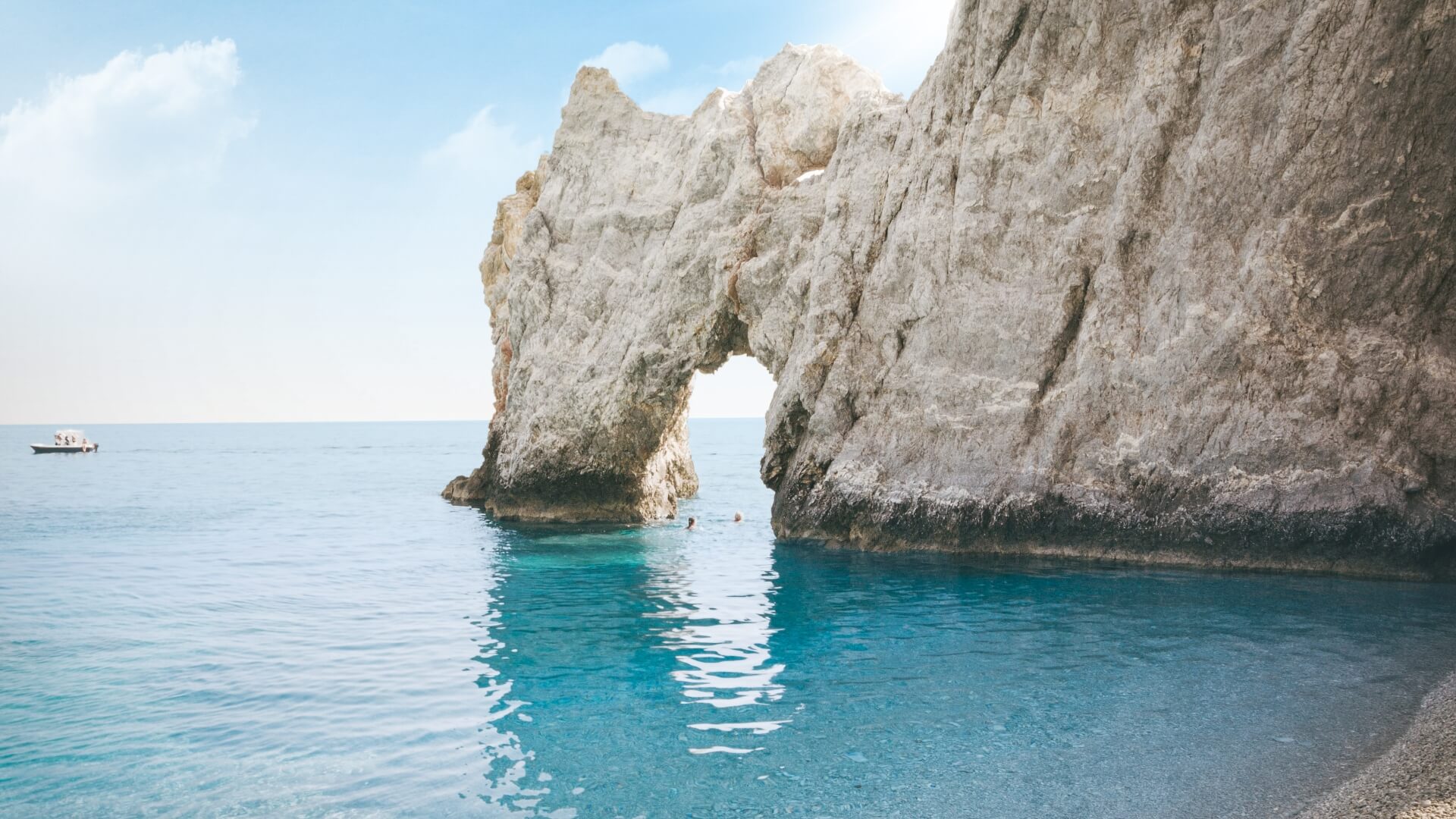 From our base in Volos and touristy Skiathos, explore the Sporades islands, in the northwest Aegean.

"The light of Greece opened my eyes, penetrated my pores, extended to my whole being. I went back to the world having found the true center and the true meaning of cosmic rotation."

The Sporades islands are geographically located between the Greek mainland and the Greek islands of North Eastern Aegean, almost in the center of the Aegean Sea. These four small islands have a special character each and amazing nature. The most popular island of Sporades Greece for your holidays and much frequented by the youth is Skiathos, while Skopelos and Alonissos have more family atmosphere but still gorgeous beaches.

The least known but equally beautiful island of Sporades is Skyros, with a picturesque capital town, secluded beaches and interesting sightseeing. This Sporades islands we will give you all the necessary information to organize your sailing holiday in the Sporades islands in Greece. Sheltered and unspoiled anchorages, sandy white beaches will offer you the pleasures of an unforgettable holiday. Go island-hopping in a paradise island complex.

The Sporades is a group of Greek islands in the northwest Aegean Sea. Four of them – Alonnisos, Skiathos, Skopelos and Skyros – are inhabited. The islands are known for their beaches, wooded terrain, and coastal diving and snorkeling. Surrounded by uninhabited isles, Alonnisos is at the center of a marine park that’s home to dolphins and Mediterranean monk seals. Within a distance of 50 miles you can sail up to the Chalkidiki peninsula. The Chalkidiki peninsula reaches down into the Northern Aegean, with three smaller peninsulas Kassandra, Sithonia, and Mount Athos and they offer dense vegetation, rocky landscapes, and pure blue seas, a uniquely alternative destination. 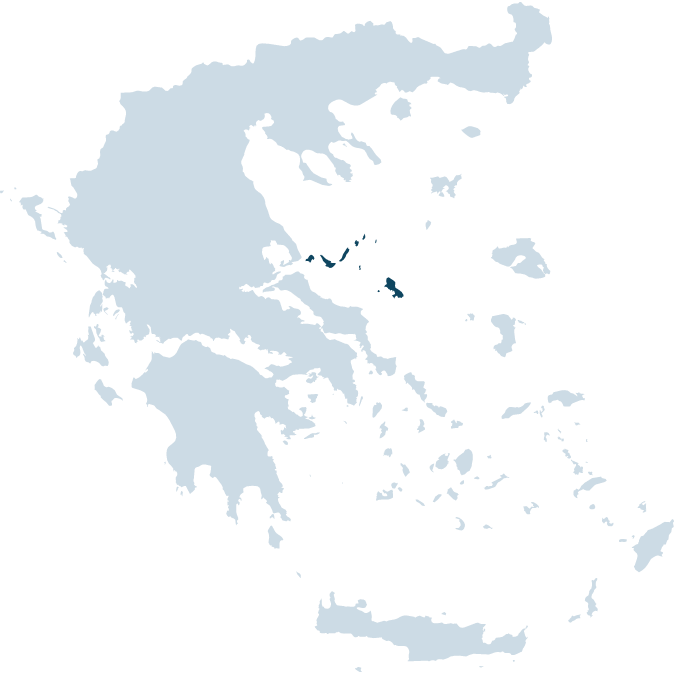 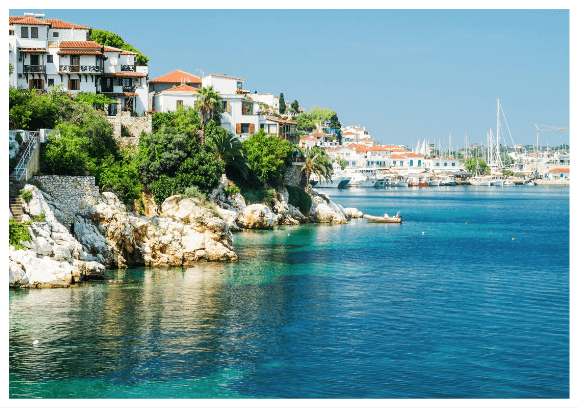 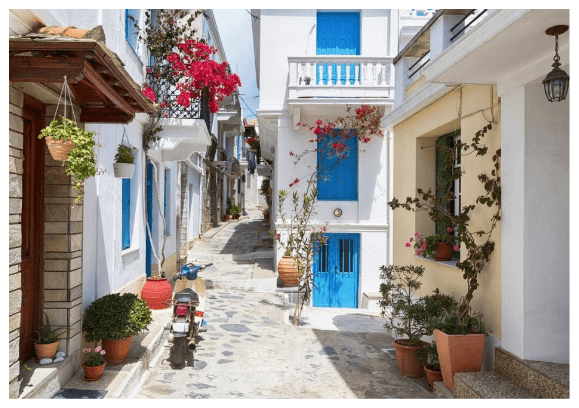 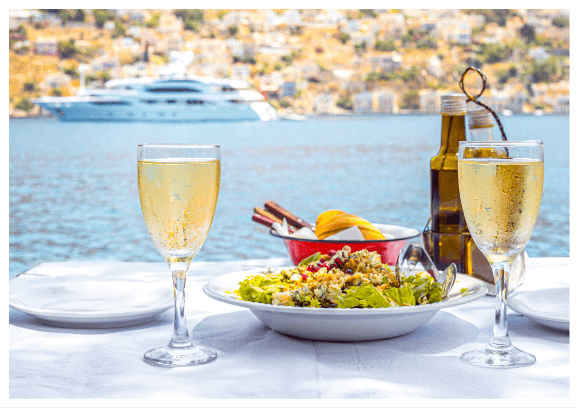 In the old days, fishermen came to Skopelos to exchange fish and seafood for the olive oil and vegetables produced by the farmers on the island. Based on this age-old bartering, Skopelos' cuisine combines the hunt of the sea with fresh wild greens, legumes, various traditional sauces made with local ingredients, and typically dressed with the traditional Greek virgin olive oil and accompanied by a glass of wine from the pink-skinned "Roditis", or "Malagouzia", grape varieties.

Another famous dish in Skopelos is the wild-greens pie, locally called "hortopita". This pie uses a traditional Greek "Fyllo" pastry made with flour, olive oil and white wine vinegar. If you like this traditional pie, then you might also enjoy the cheese version ("tiropita") from Skiathos.

For desert, you might enjoy the traditional "Aspro" (means "white"). Made using only three ingredients, almonds, lemon and sugar. Or if you're more inclined to a digestif rather than desert, you'll find a good number of liqueurs, prepared according to tradition. Take your pick amongst a selection of walnut, cherry, geranium, honey, or other liqueurs made with fruit and botanical ingredients. 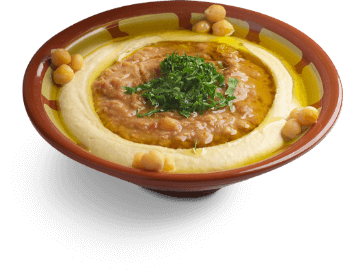 In Skopelos you can visit two stunning Byzantine monasteries, Evangelistria and Timiou Prodrómou. According to legend Saint Riyínos killed a dragon 800 years ago on this island, and you can visit "Drakonstosxisma"(Dragon Cleft), the cliff where the dragon fell to its death. Or you can visit the pirate's graves at Sendoukia, meaning "chests".

In Alonnisos you'll find a Medieval Castle with breathtaking vistas. In Gioura you can visit the neolithic cave where, according to Homer, Cyclops used to live. And in Kyra Panagia you can see a 12th century Monastery.

If history interests you, you'll find the Archaeological Museum in Skyro housing items from the Early Hellenic Period to the Roman times (3200 BC to AD 476).

If you're a fan of the arts, you might enjoy the Folk Art Museum in Skyros, or the little stone theater hosting the summer "Skyros Festival".

Island Selection No. 01: Seven days around the Sporades Islands 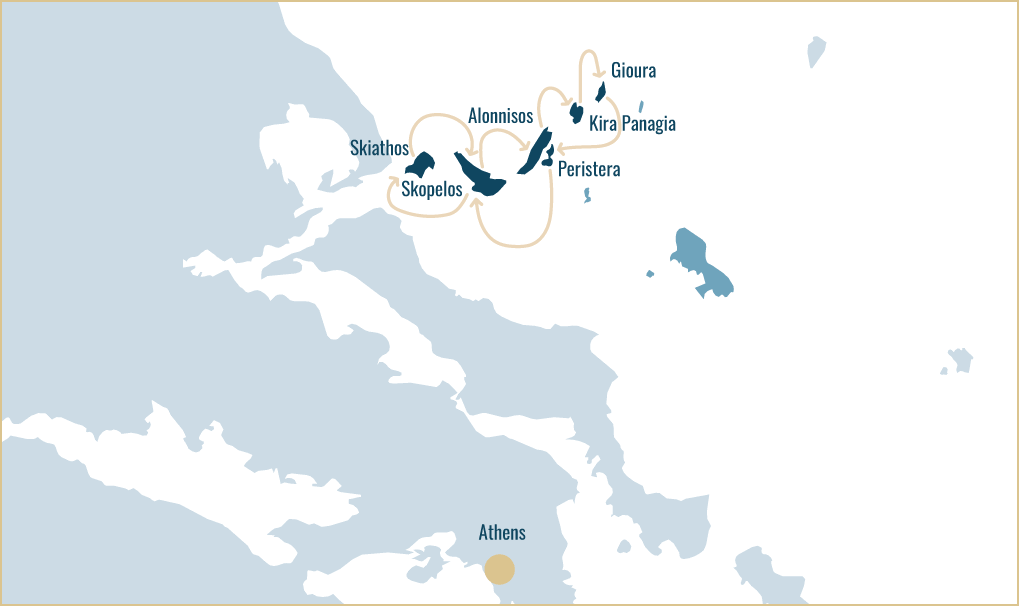 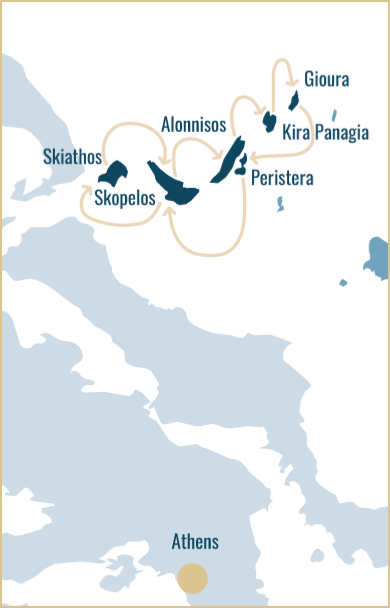 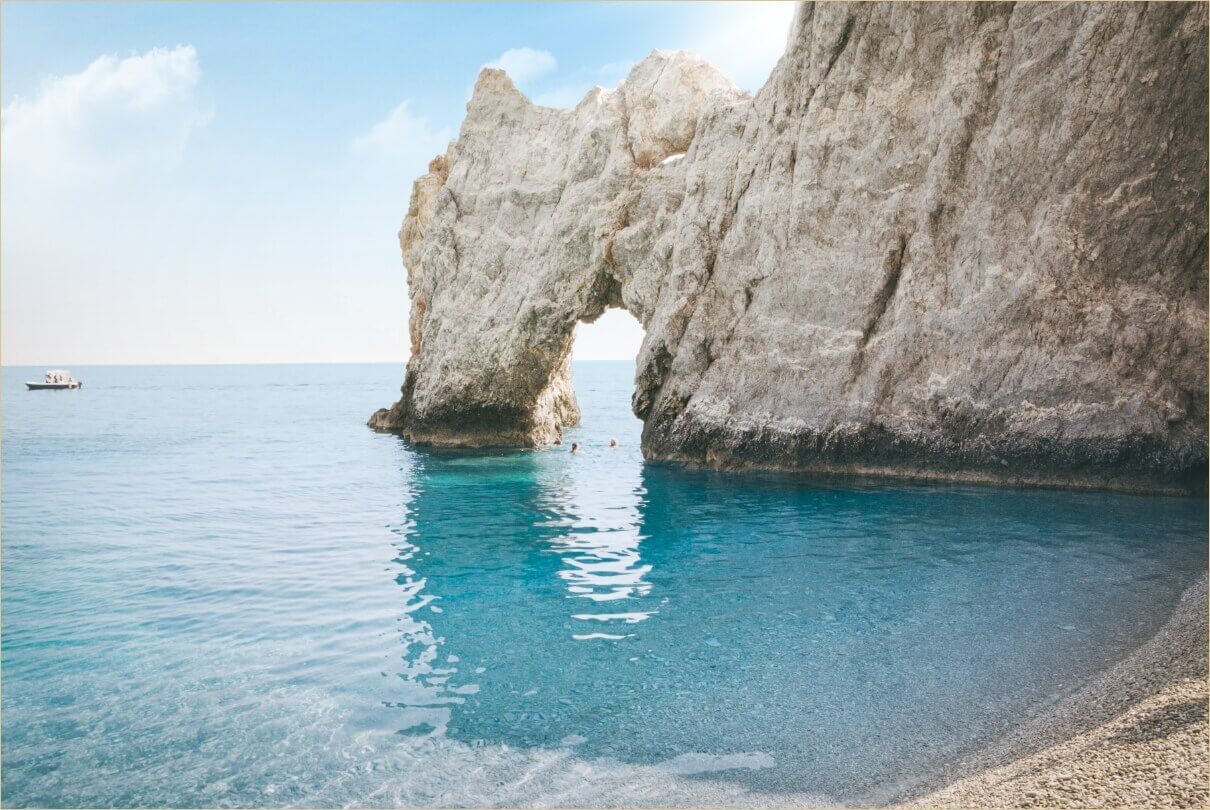 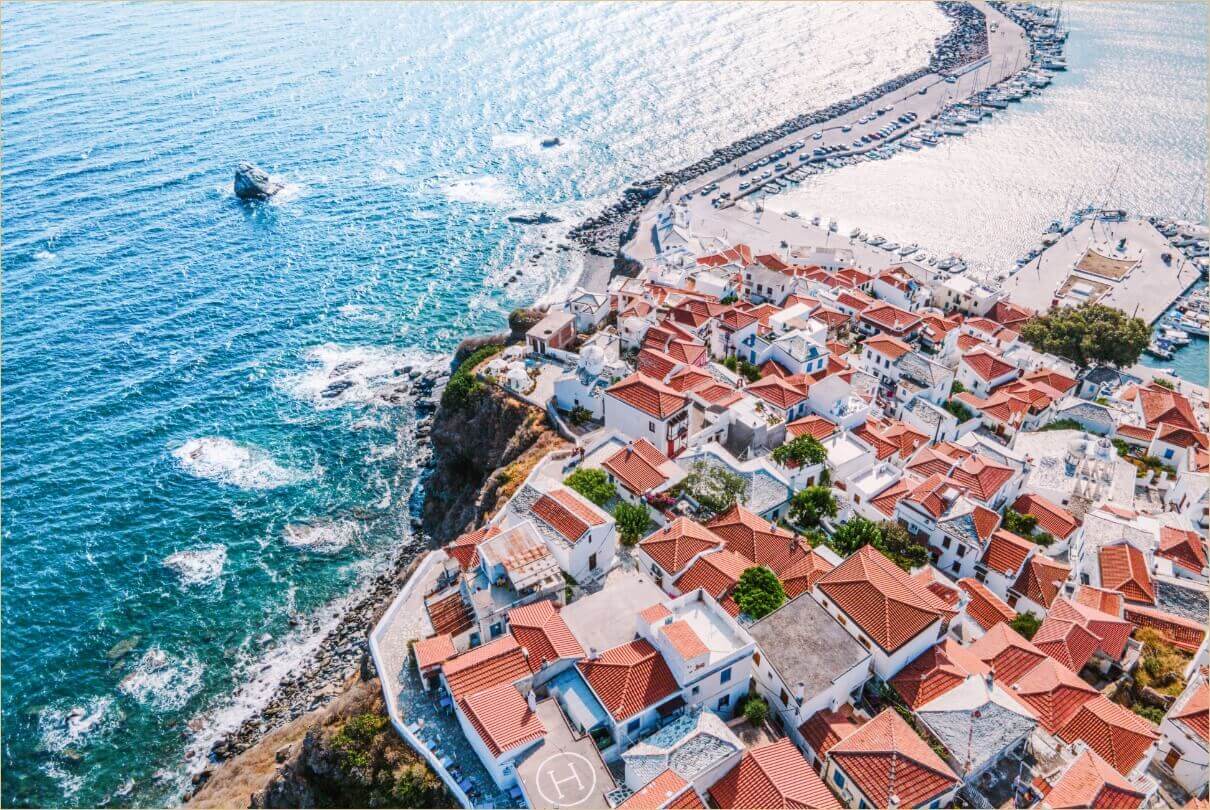 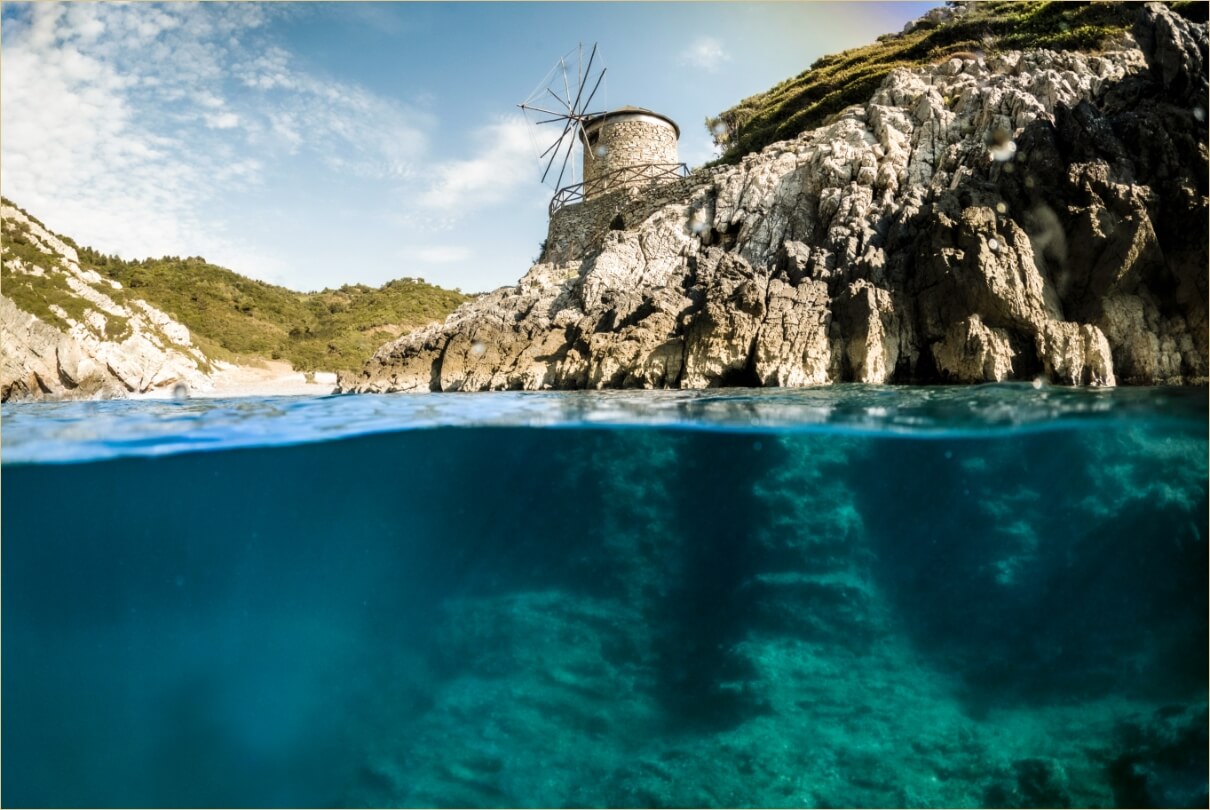 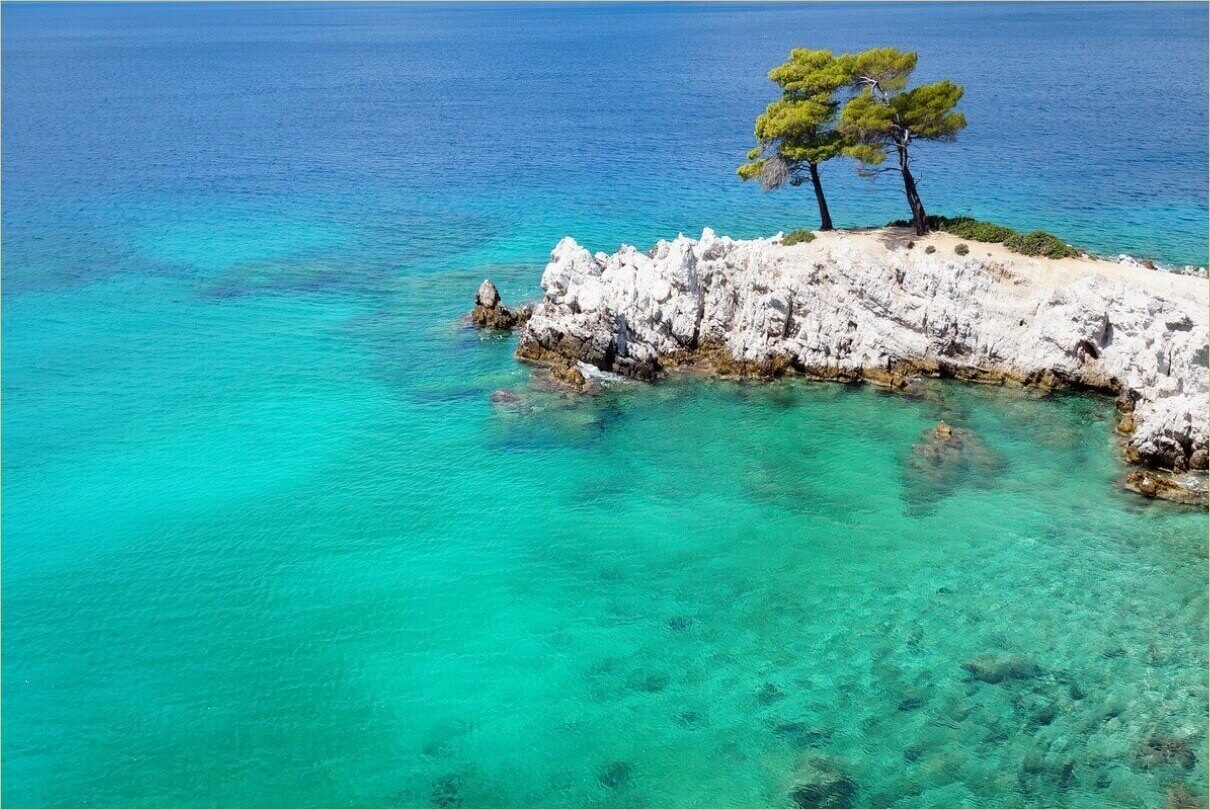 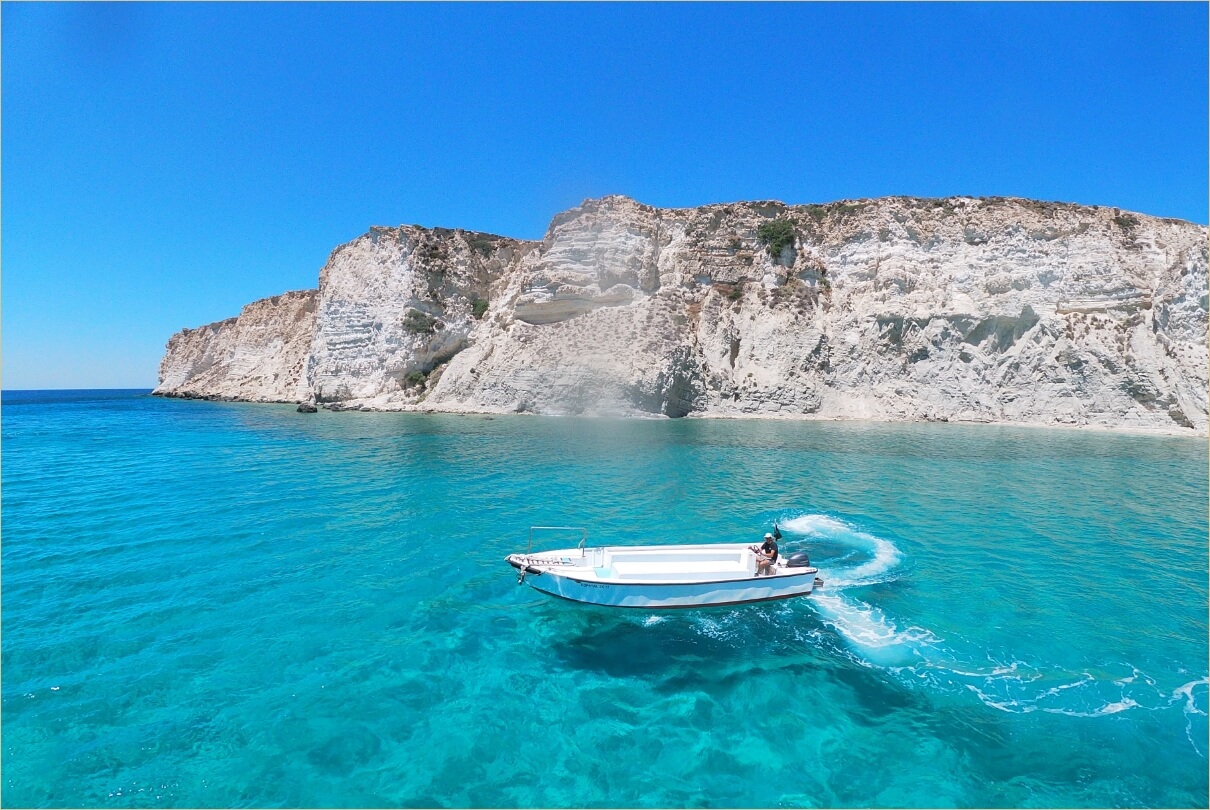 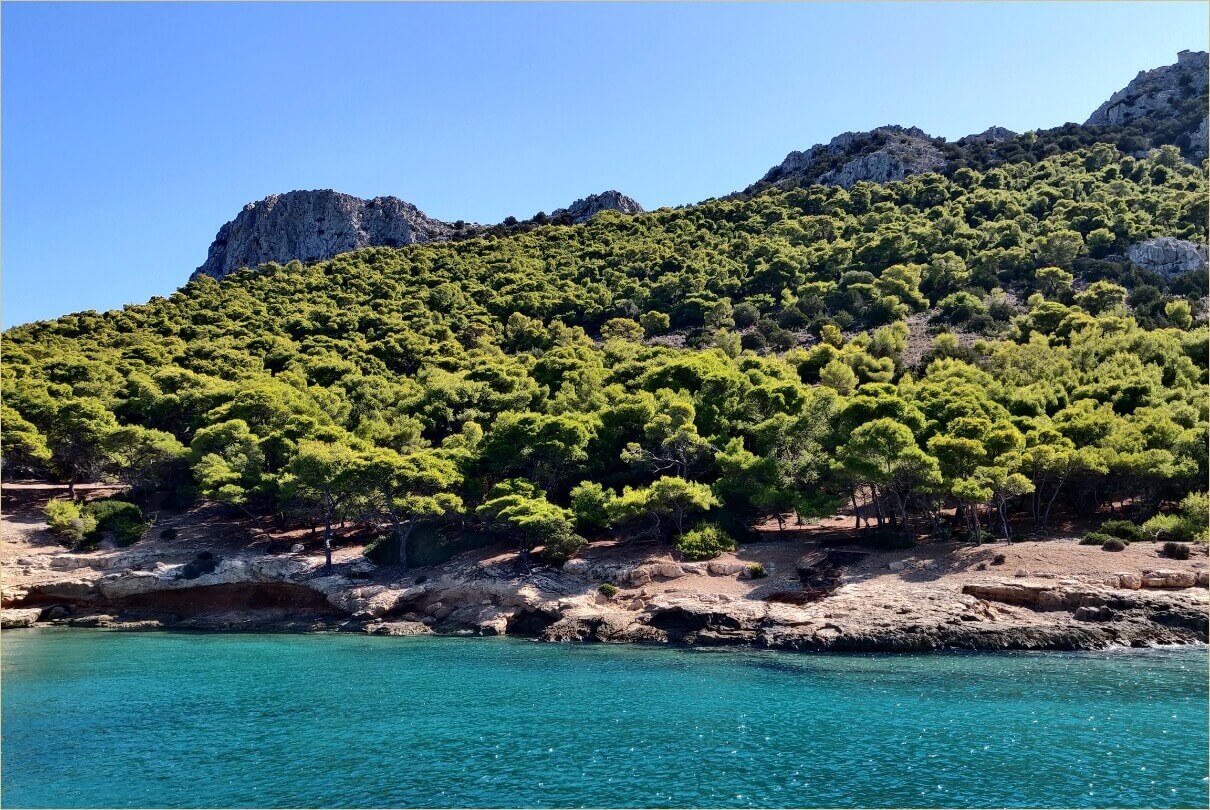 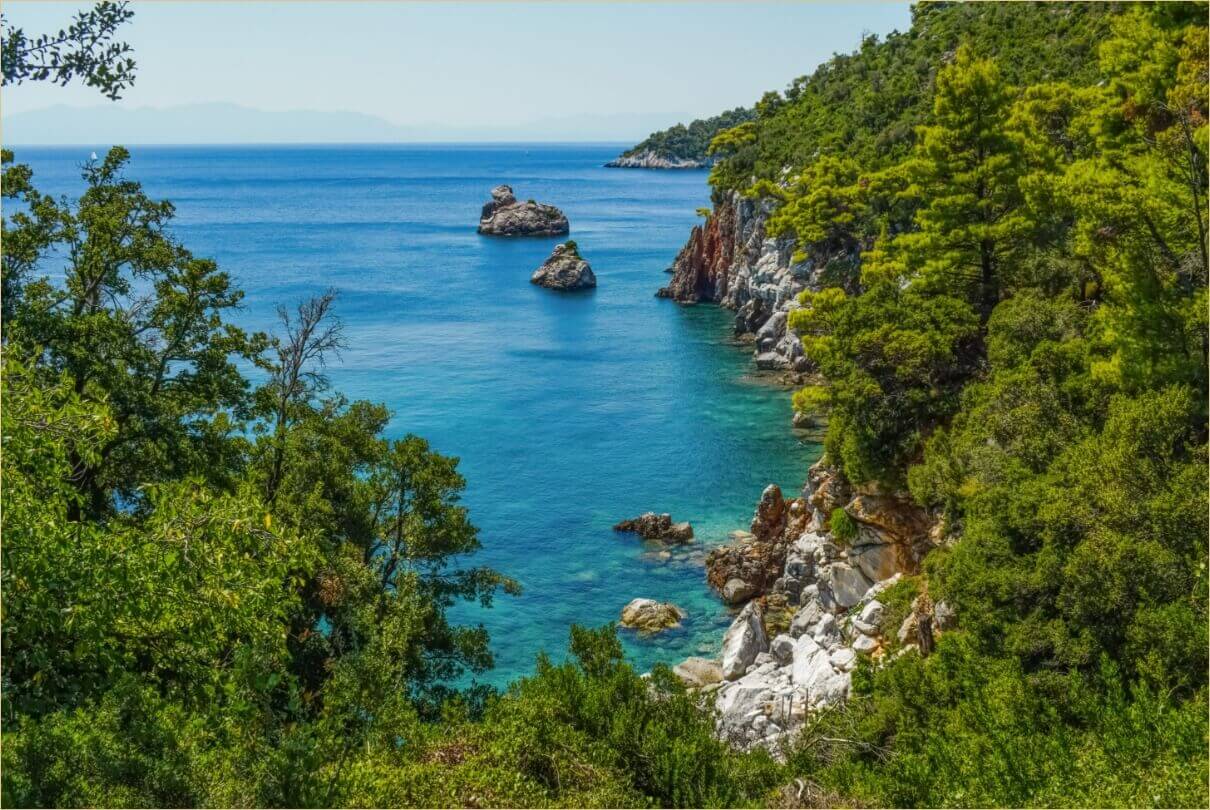 Island Selection No. 02: Seven days around the Sporades Islands 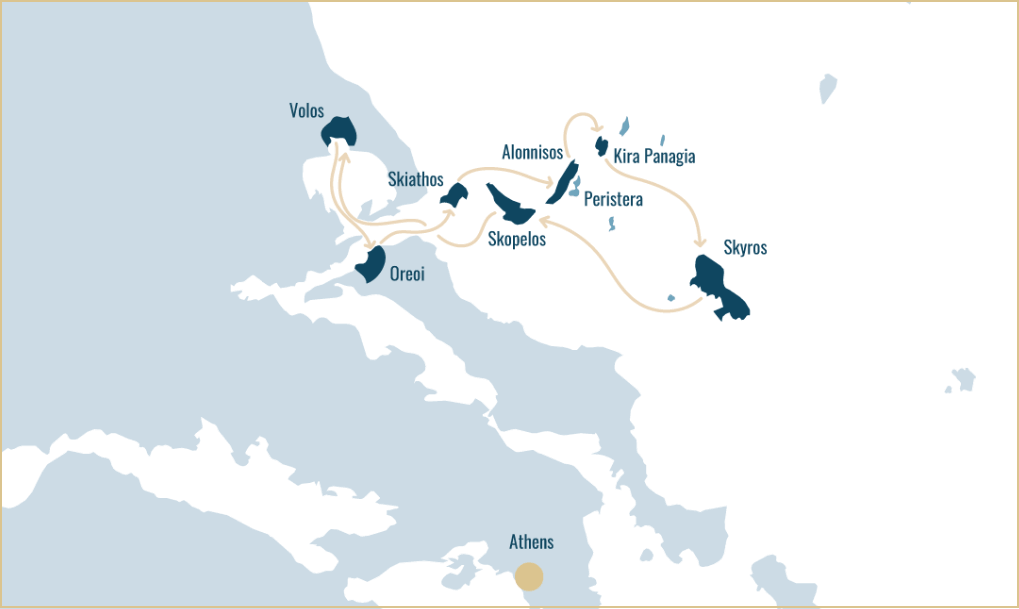 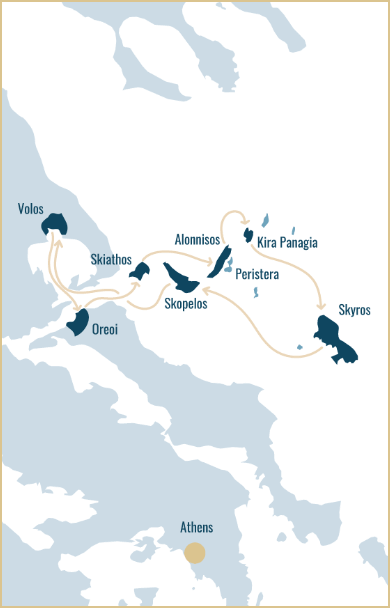 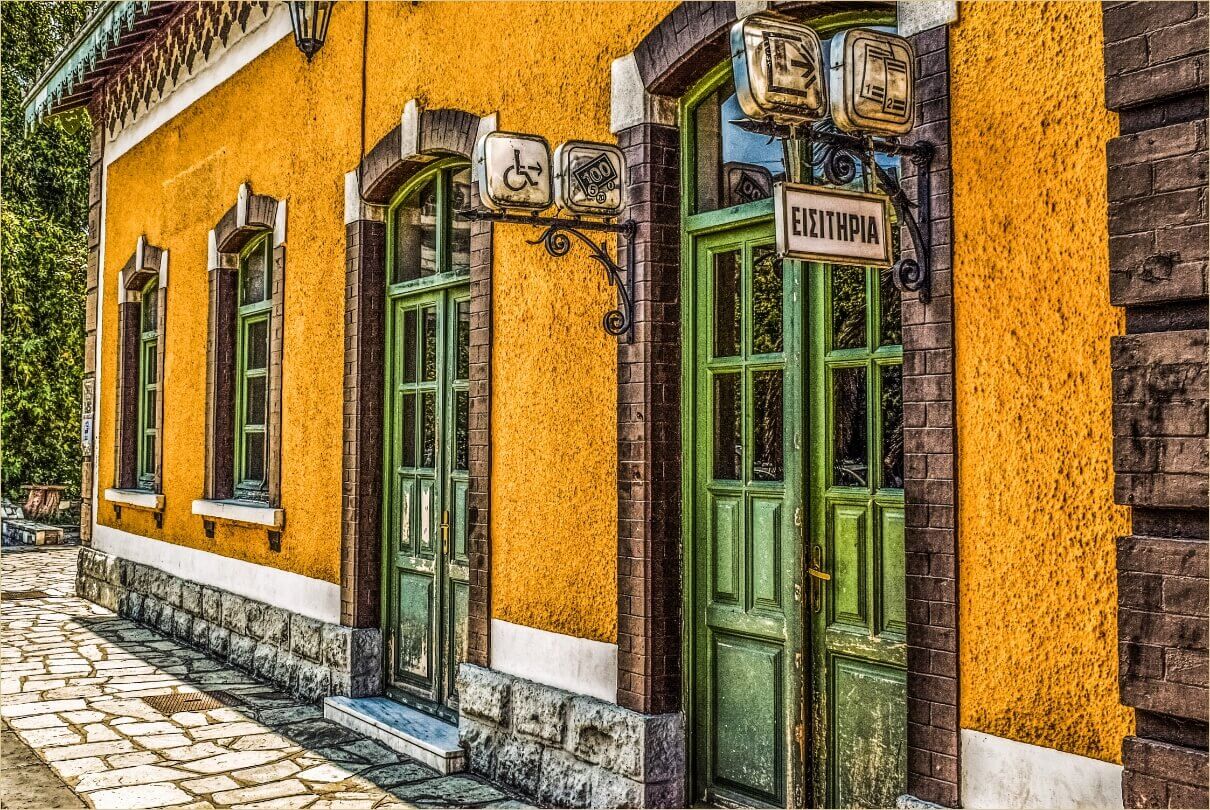 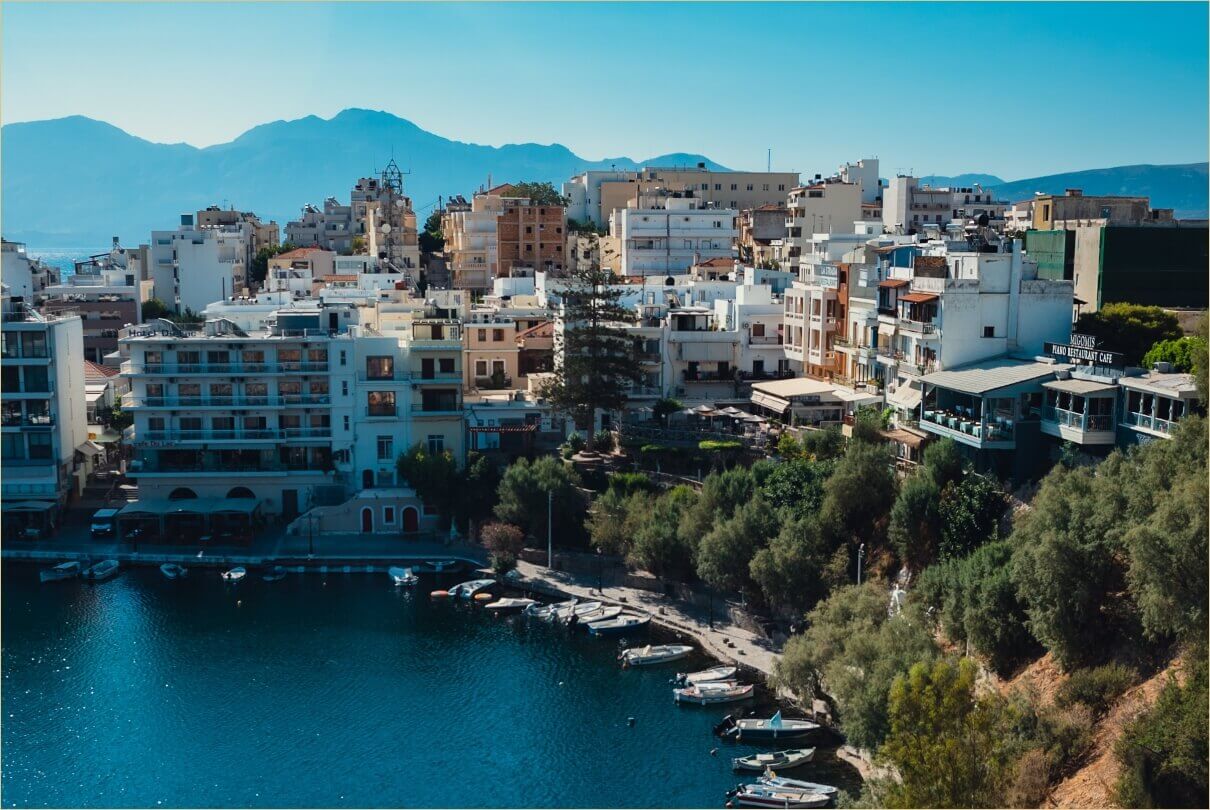 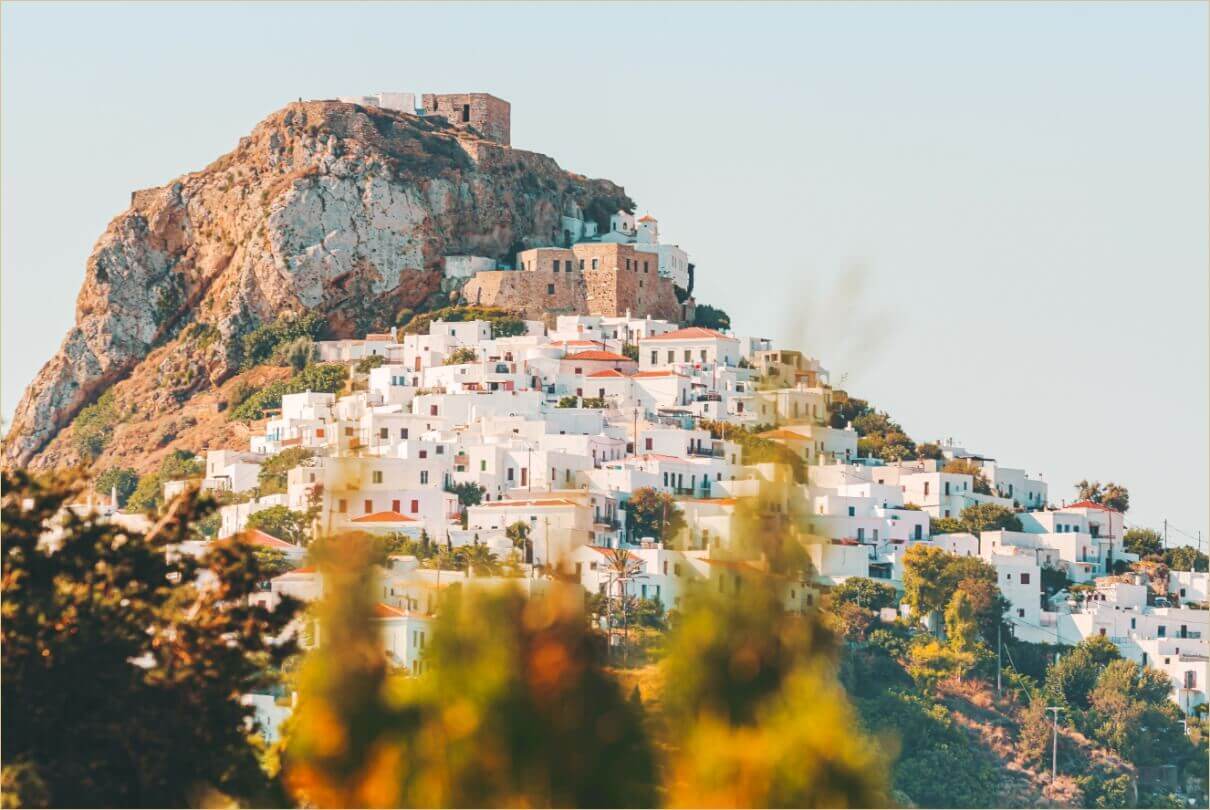