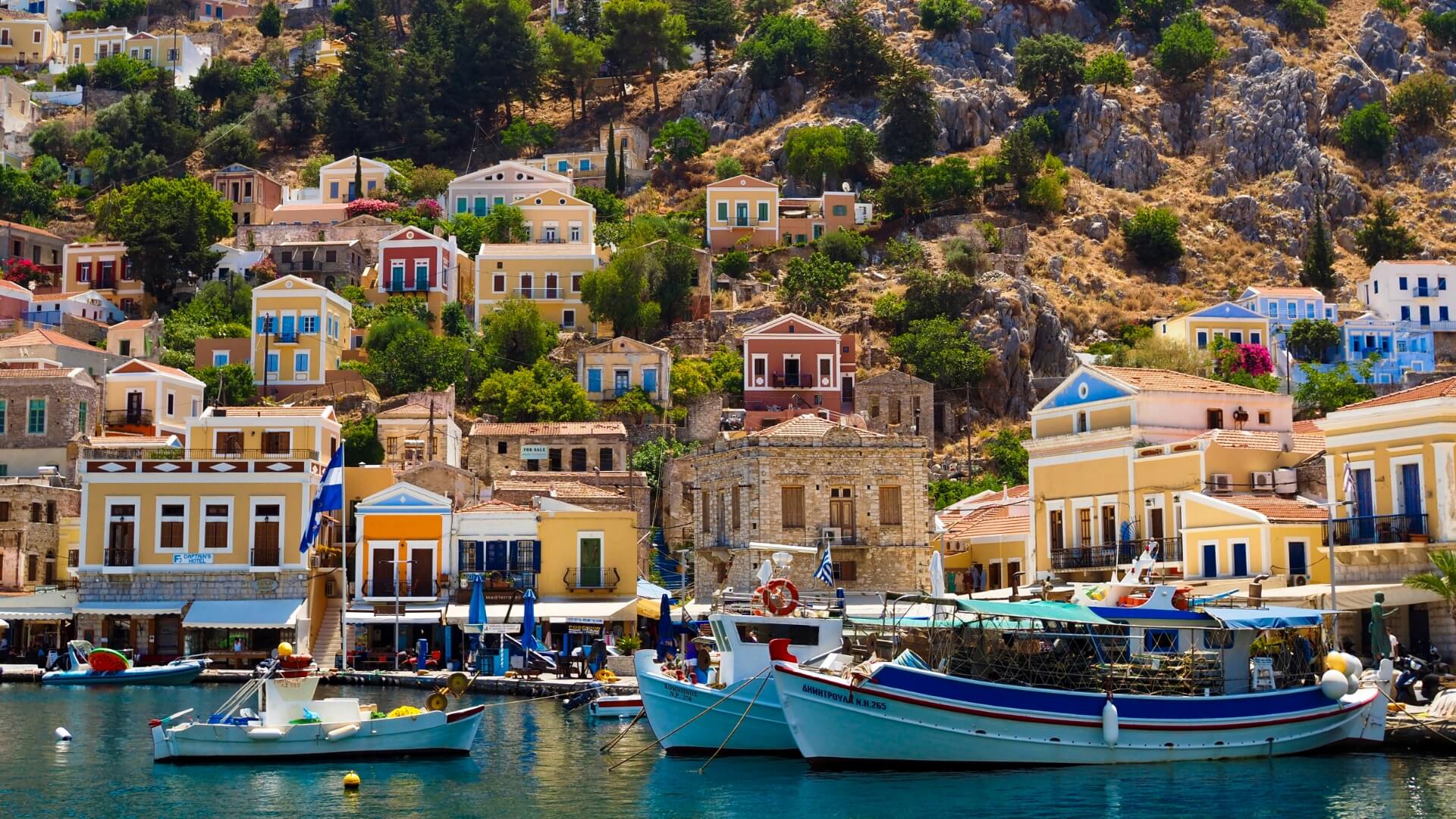 You can start your Dodecanese sailing holiday from our bases on the Marina of Kos Island and Rhodos Island.

"The sea was sapphire colored, and the sky
Burned like a heated opal through the air;
We hoisted sail; the wind was blowing fair
For the blue lands that to the eastward lie."

The Dodecanese, in the southeastern Aegean Sea, is a group of Greek islands known for their medieval castles, Byzantine churches, beaches and ancient archaeological sites. On the largest island, Rhodes, the medieval Street of the Knights and Palace of the Grand Masters show Byzantine and Ottoman influences. Kallithéa and Ialissós are popular beach resorts, and Lindos’ acropolis has panoramic coastal views.

The Dodecanese literally “twelve islands” are a group of 15 larger plus 150 smaller Greek islands in the southeastern Aegean Sea, off the coast of Asia Minor (Turkey), of which 26 are inhabited. This island group generally defines the eastern limit of the Sea of Crete. They belong to the wider Southern Sporades island group.

The most historically important and well-known is Rhodes, which has been the area’s dominant island for thousands of years. Of the others, Kos and Patmos are historically the more significant. The remaining eleven are Agathonisi, Astypalaia, Kalymnos, Karpathos, Kasos, Leipsoi, Leros, Nisyros, Symi, Tilos, and Kastellorizo. Other islands in the chain include Alimia, Arkoi, Chalki, Farmakonisi, Gyali, Kinaros, Levitha, Marathos, Nimos, Pserimos, Saria, Strongyli, Syrna and Telendos.

These islands have a very rich history, especially when it comes to the Byzantine Empire. Even the smallest inhabited islands boast dozens of Byzantine churches and medieval castles. 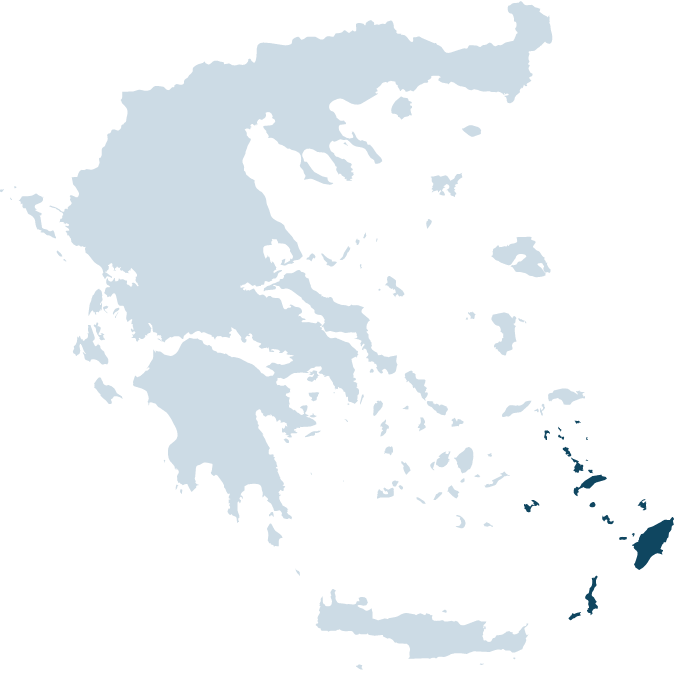 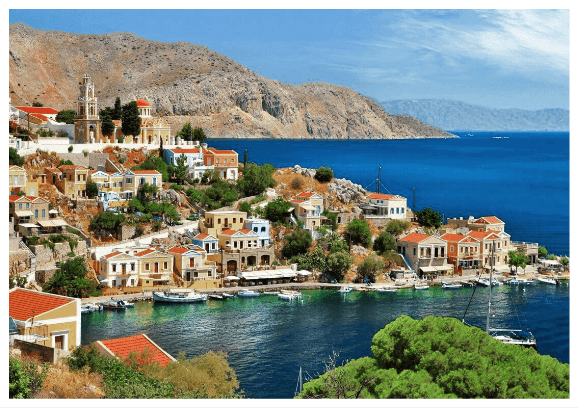 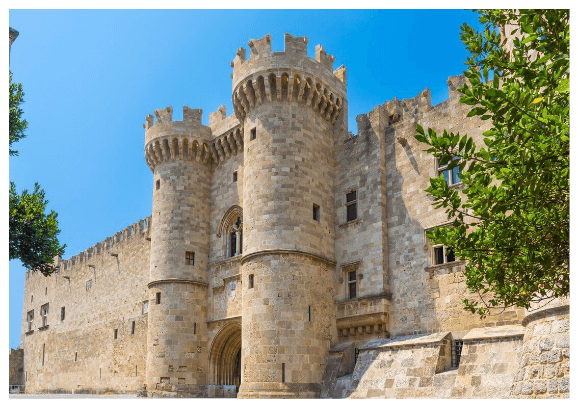 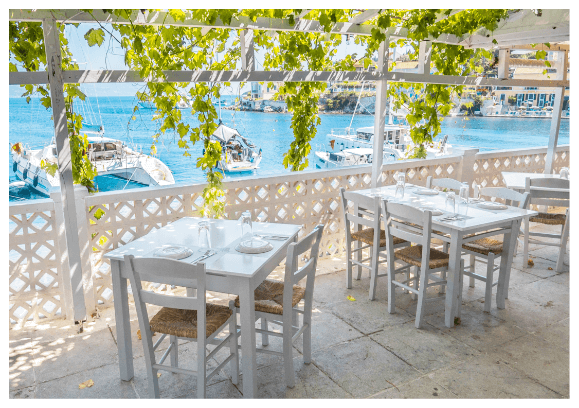 The island complex of Dodecanese in the south-eastern Aegean is the sunniest corner in Greece. With crystal clear waters, sandy or pebbly beaches, imposing Byzantine and medieval monuments and unique traditional settlements are waiting to be discovered.

The Dodecanese islands have a rich variety of traditional products. If you like cheese, you'll find the wine-soaked "Krassotyri" in Kos and similar wine soaked cheese in Nyssiros and Leros. In Kassos you can discover Sitaka, a slightly fermented creamy spread cooked over a wood-burning fire.

If you like wine, then you might enjoy the hospitality of the vineyards of "The Island of the Knights", Rhodes. Their vineyards' traditions date back to antiquity, and their wines have been many times internationally awarded.

If Ouzo is your preference, then Sourma may surprise you. It's a dodecanese alternative to Ouzo. In Rhodes, it's made from grapes and wine, which makes it extra special. 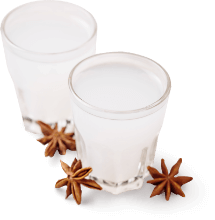 A very long and rich history is waiting to be discovered in this island group. Kos has been inhabited since the Neolithic Period on the 5th millennium B.C, and it's the birthplace of Hippocrates a.k.a. "The Father of Medicine". There are also Castles and fortifications to be explored, dating from the Knights of St. John, at the 14th century.

In Leipsoi, you can find the island of the infamous Nymph Calypso, who held Odysseus hostage for 7 years. In Greek mythology, Nisyros was created from a rock that god of the sea, Poseidon threw to Giant Polyvotis during the war between Gods and Giants. Nisyros is home to the youngest of the island volcanos.

While in Nisyros you can visit the Volcanological Museum, in Kalymno you can discover an international sponge-harvesting trade center, go scuba-diving, spelunking or even mountain hiking and climbing. 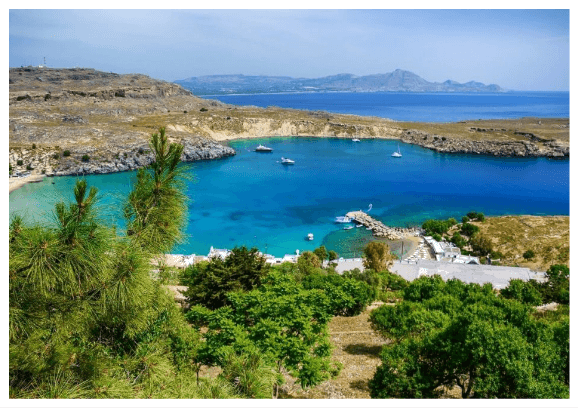 Island Selection No. 01: Seven days around the Dodecanese Islands 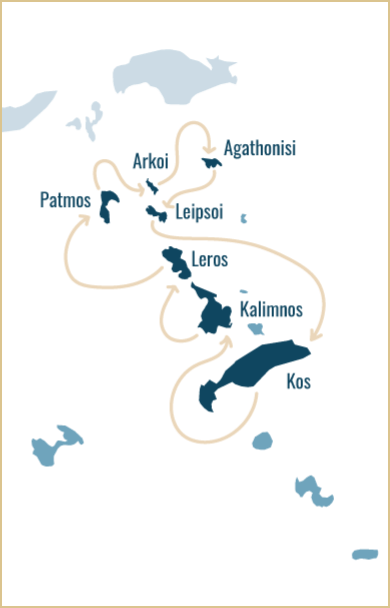 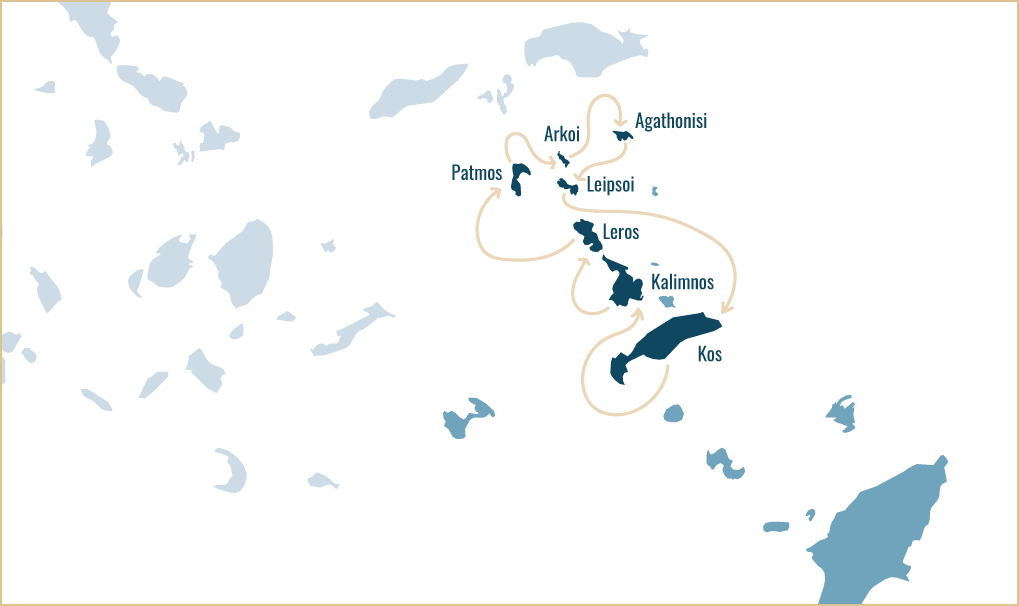 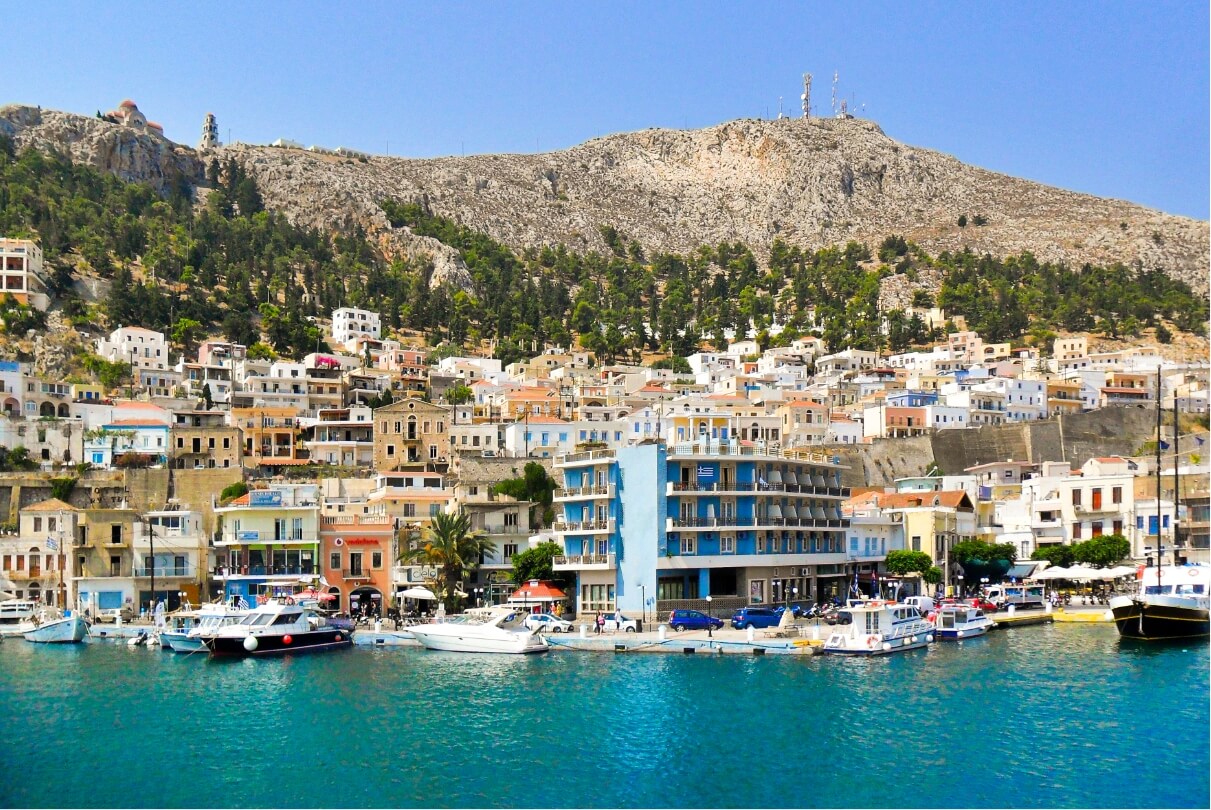 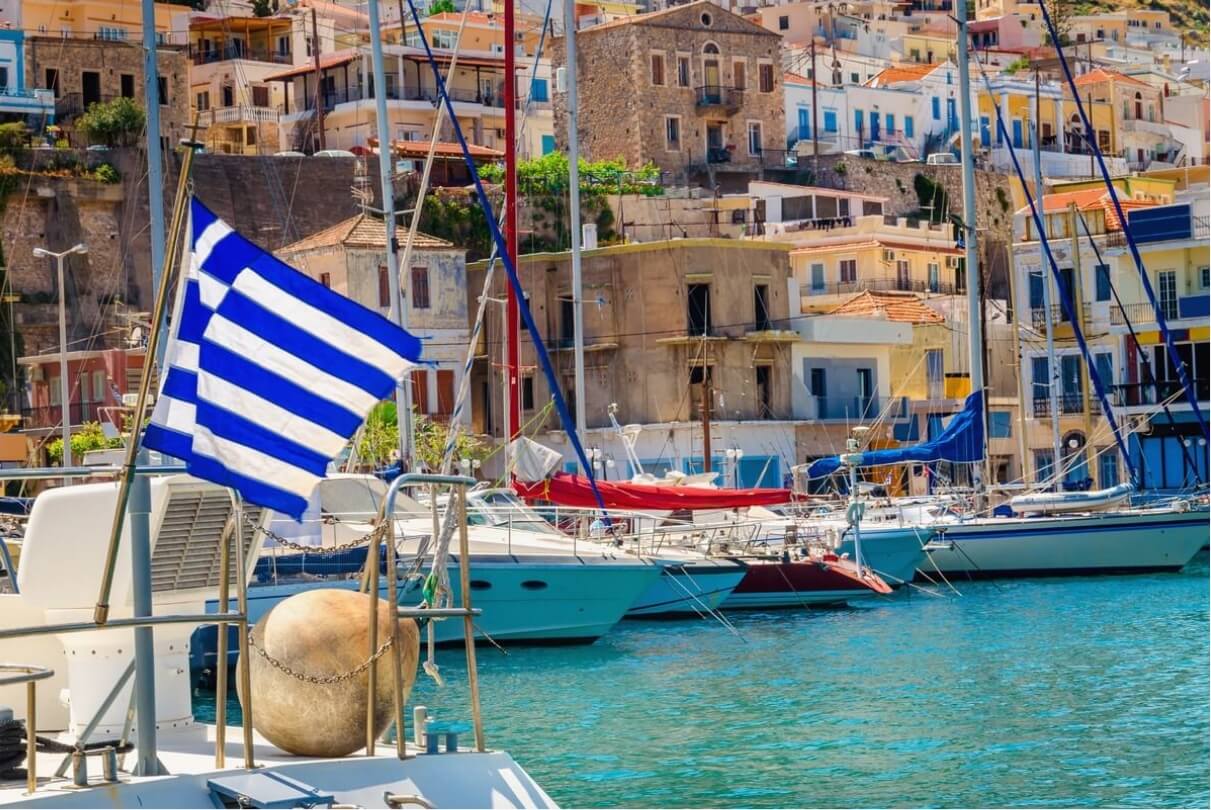 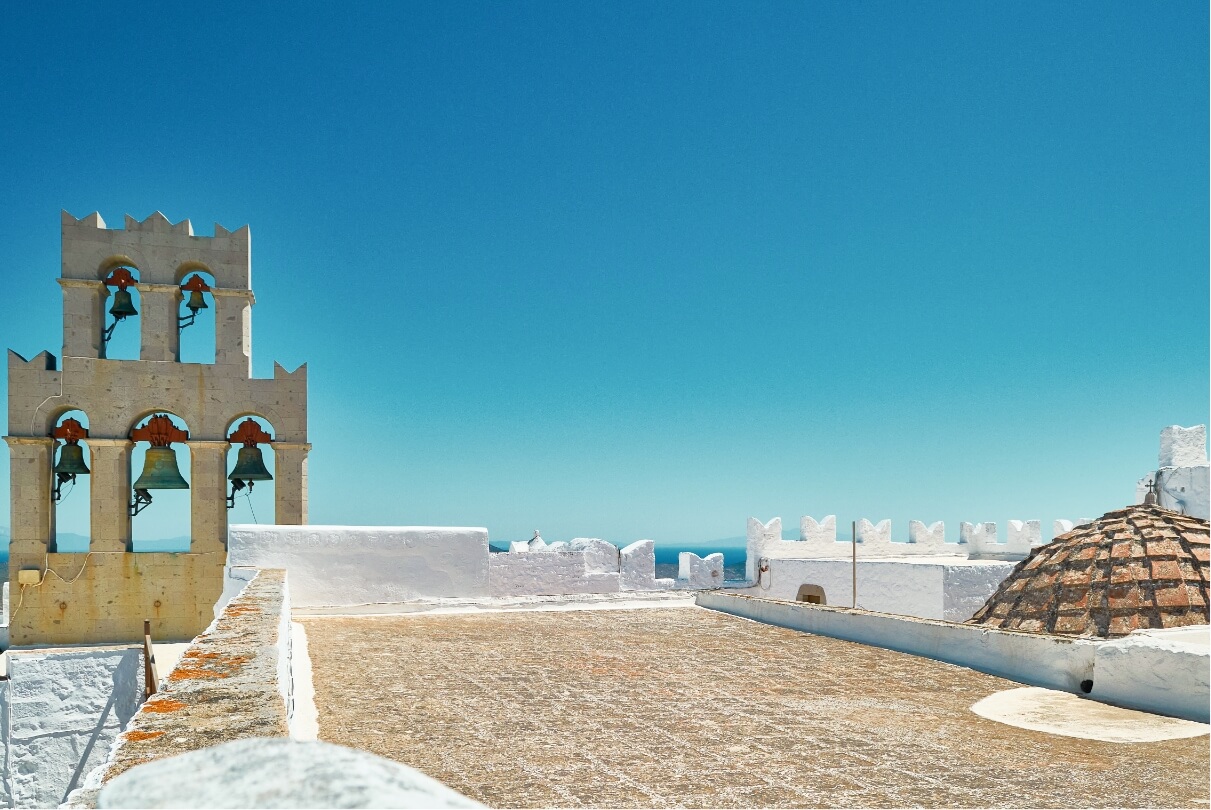 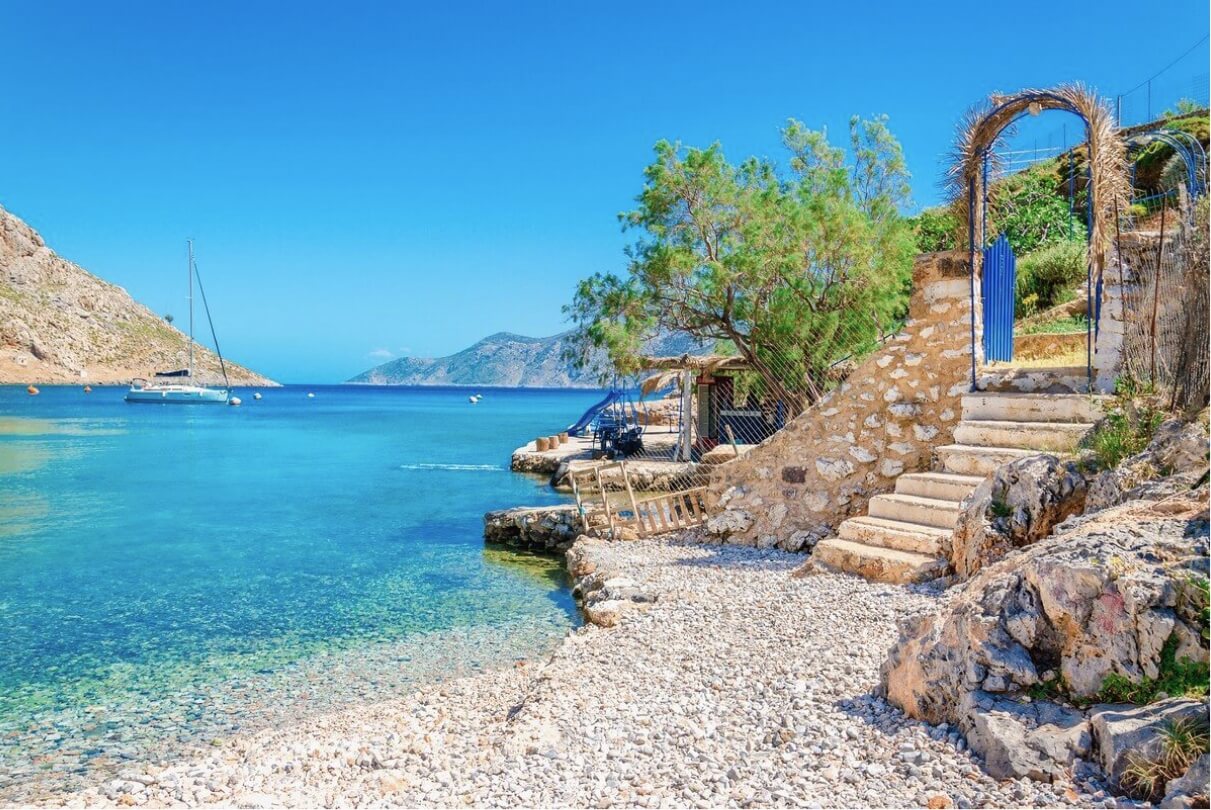 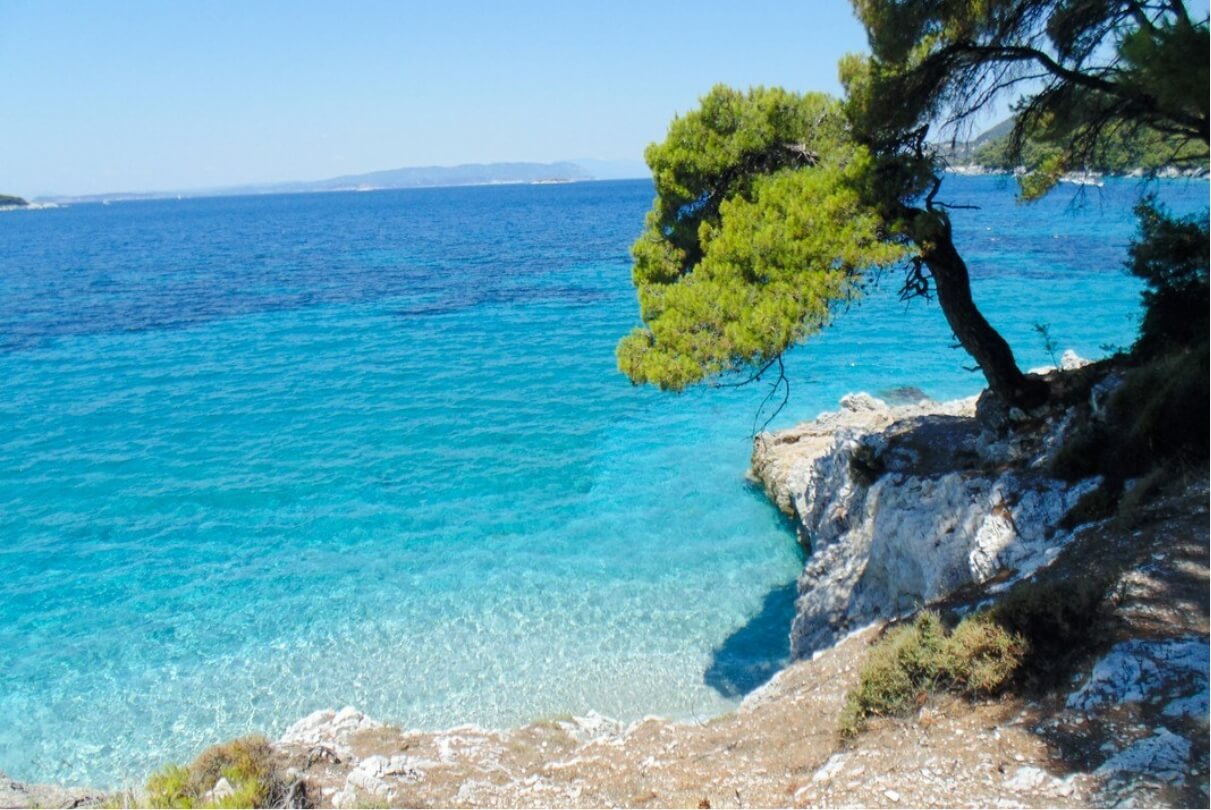 Island Selection No. 02: Seven days around the Dodecanese Islands 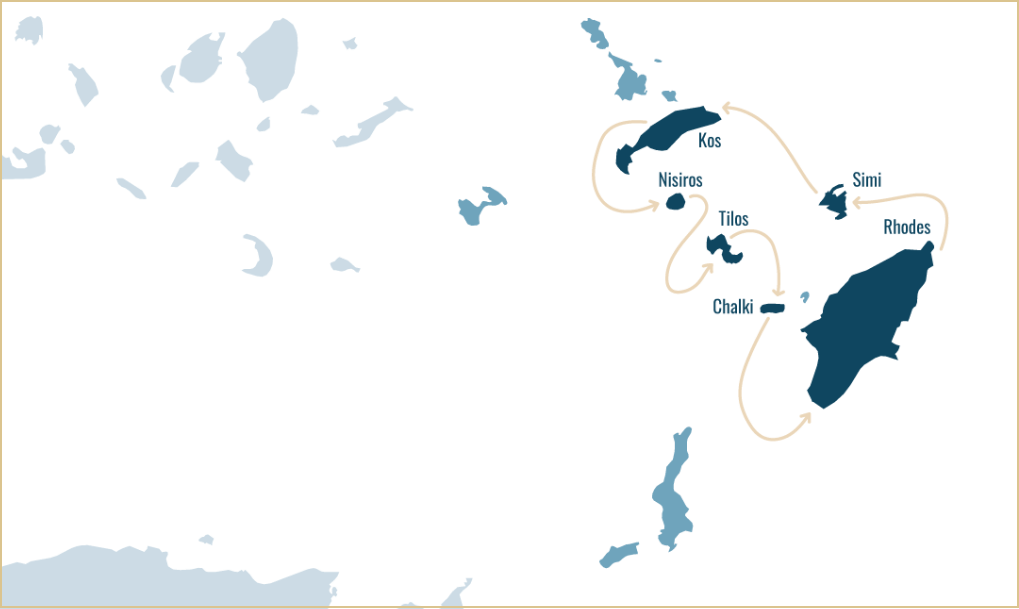 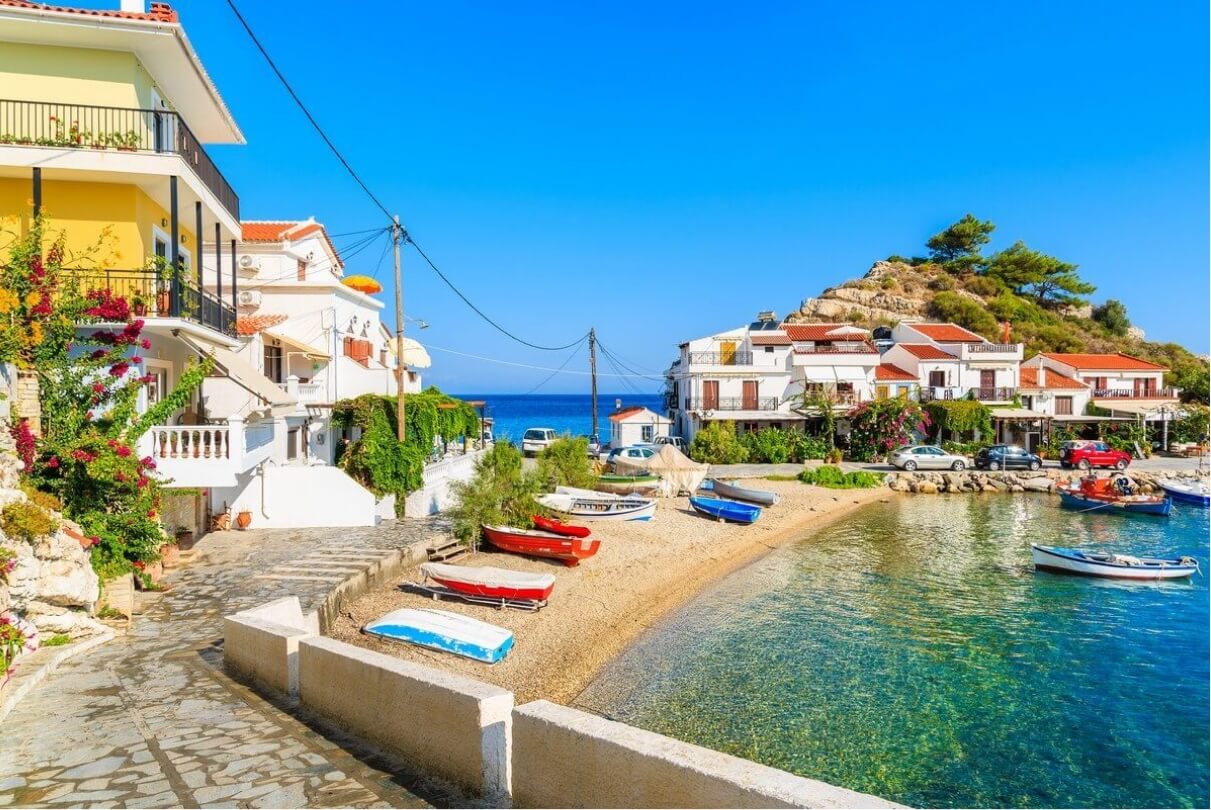 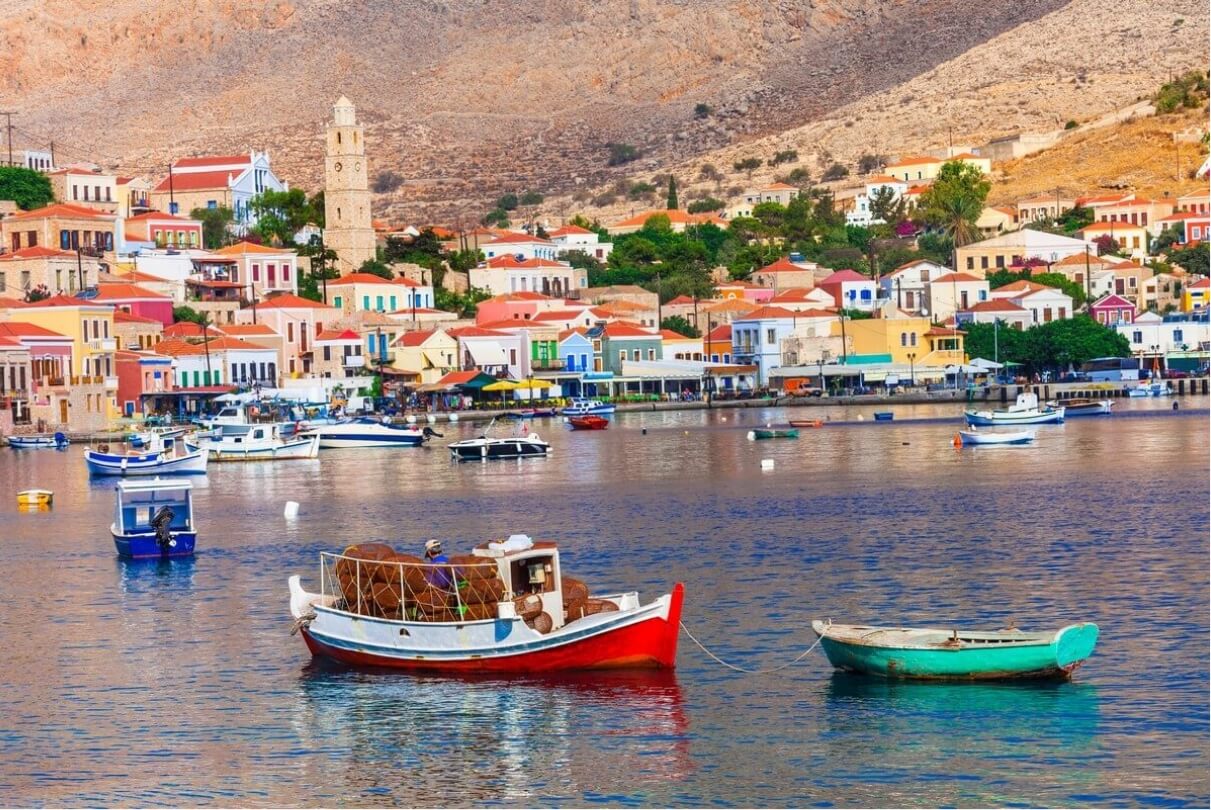 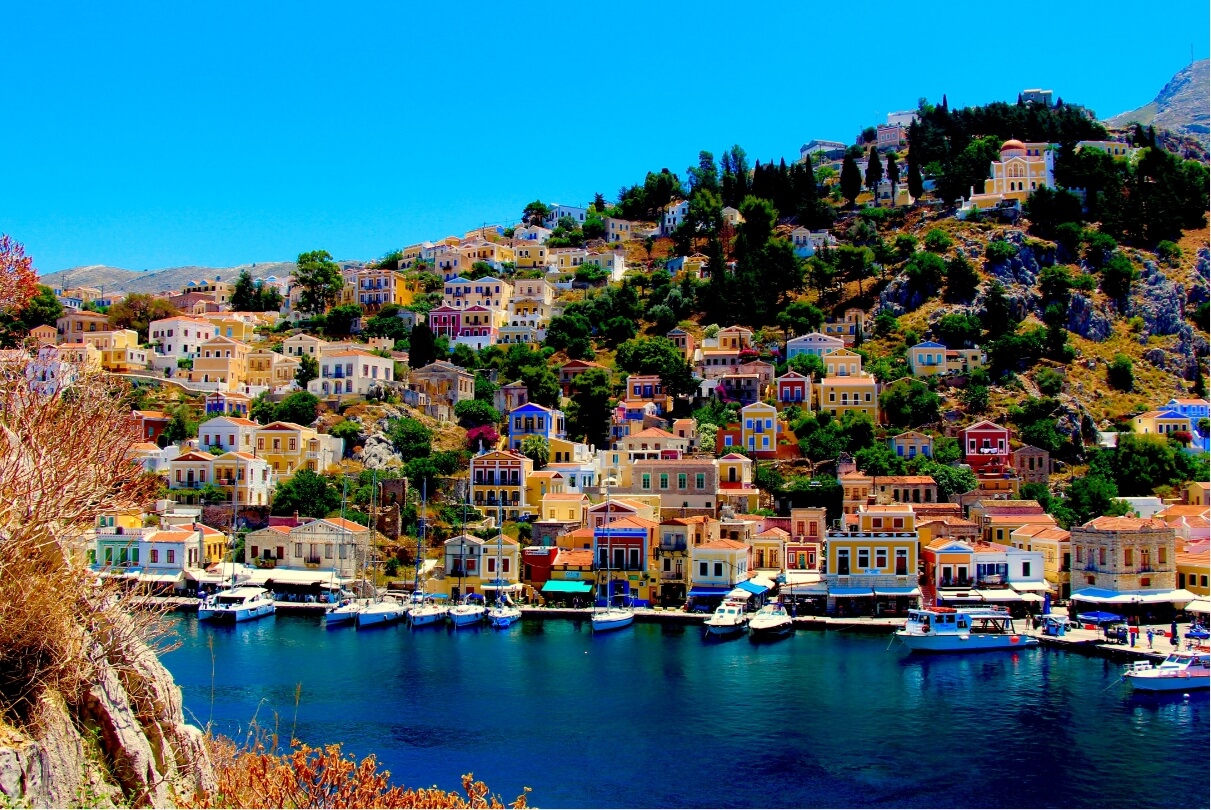 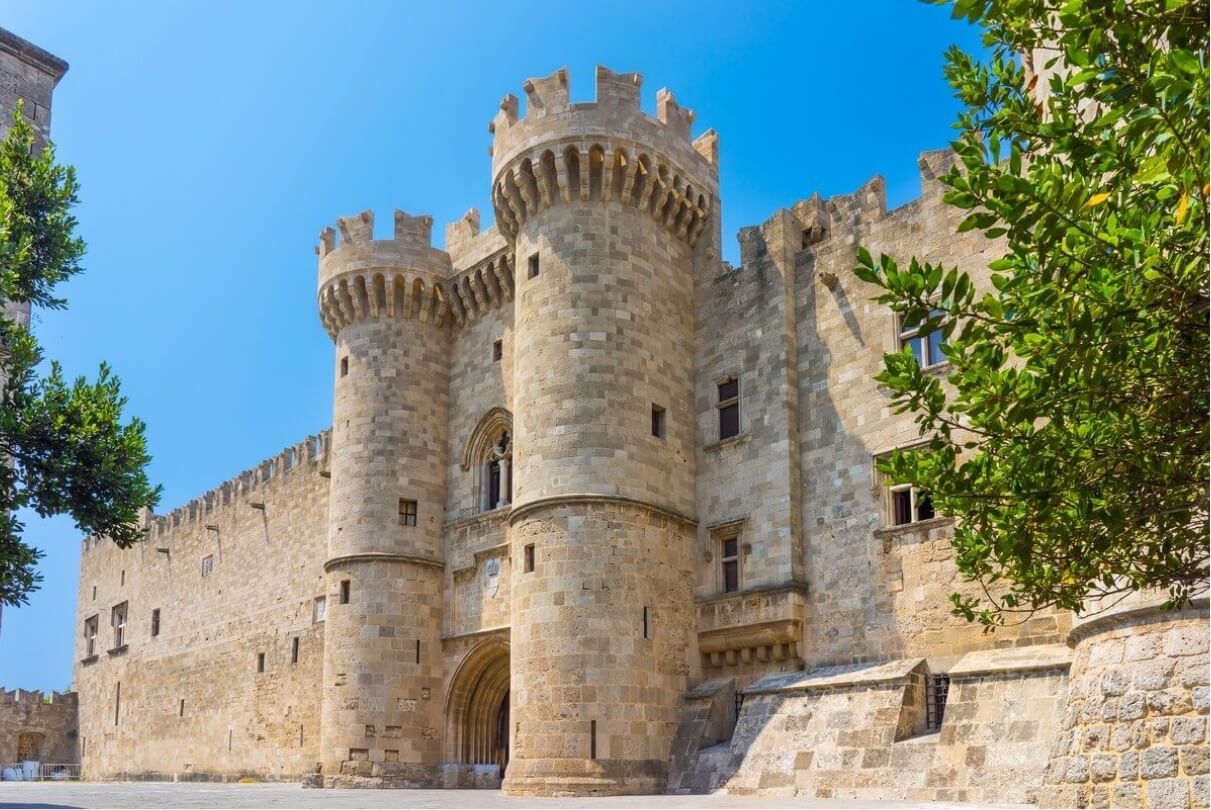 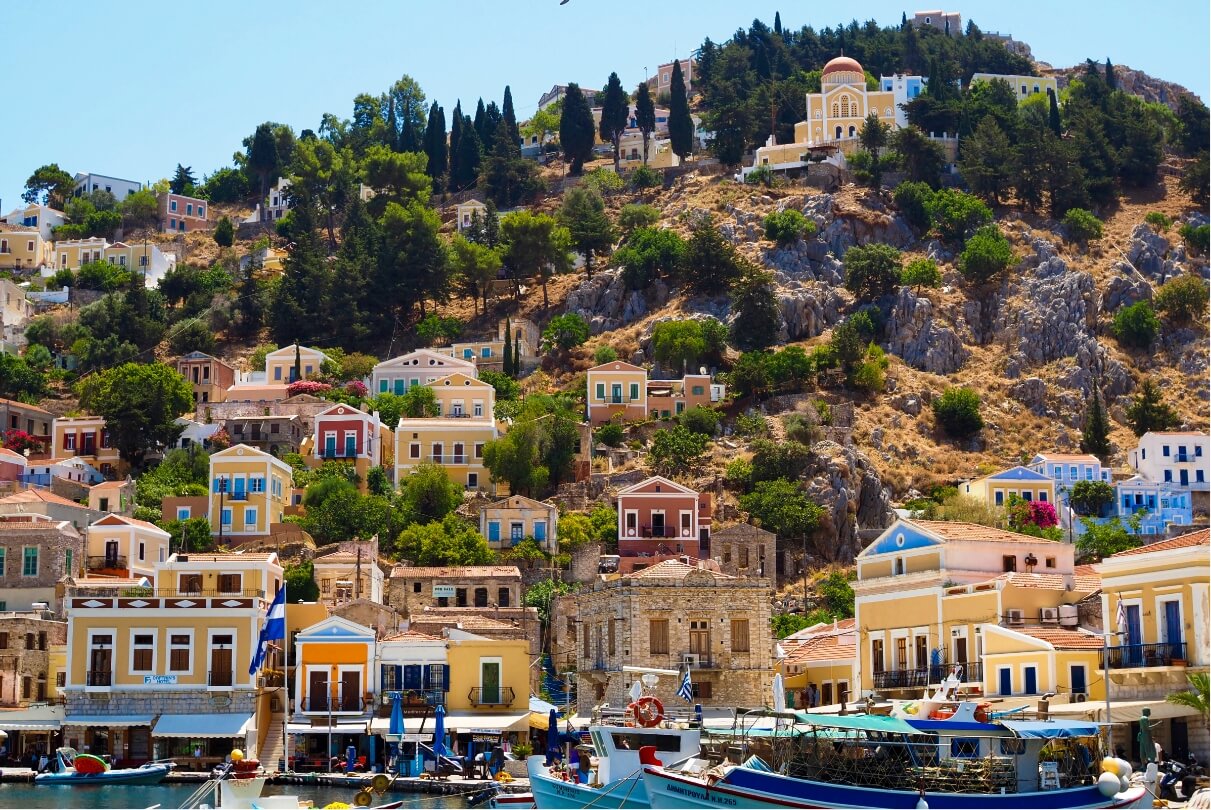 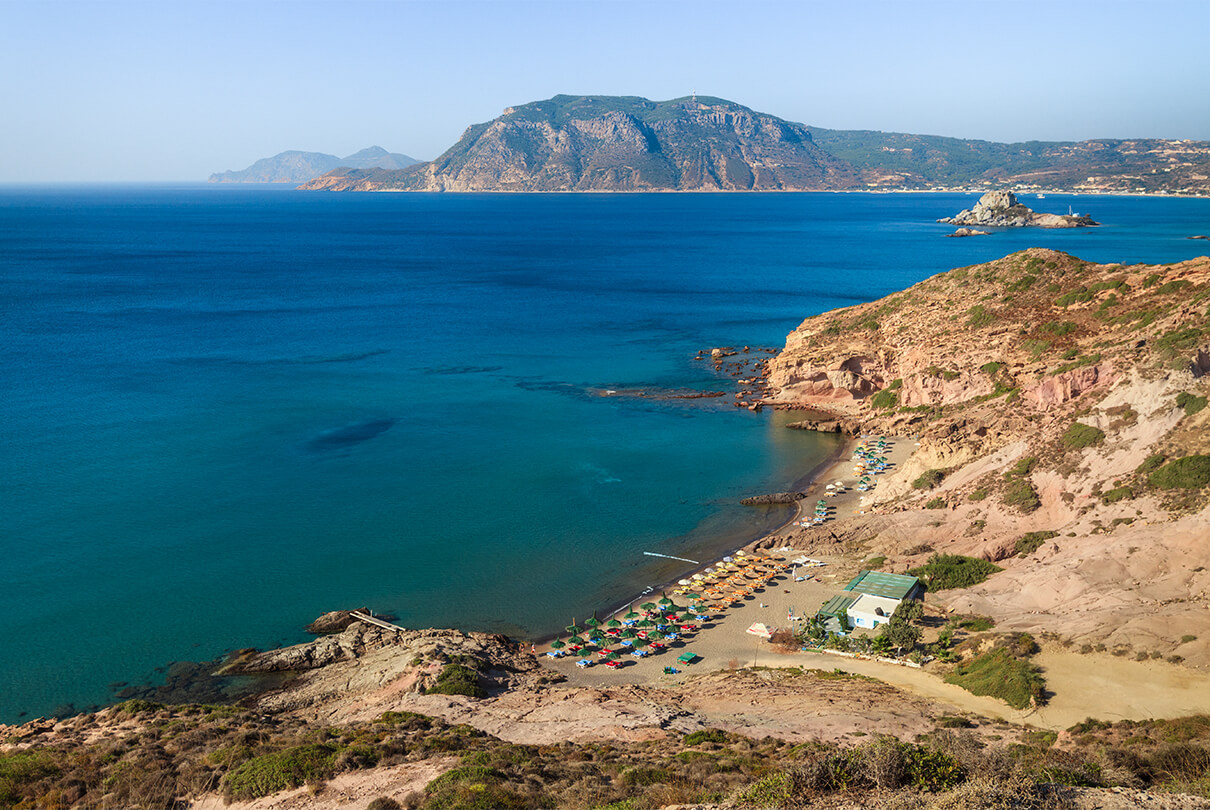