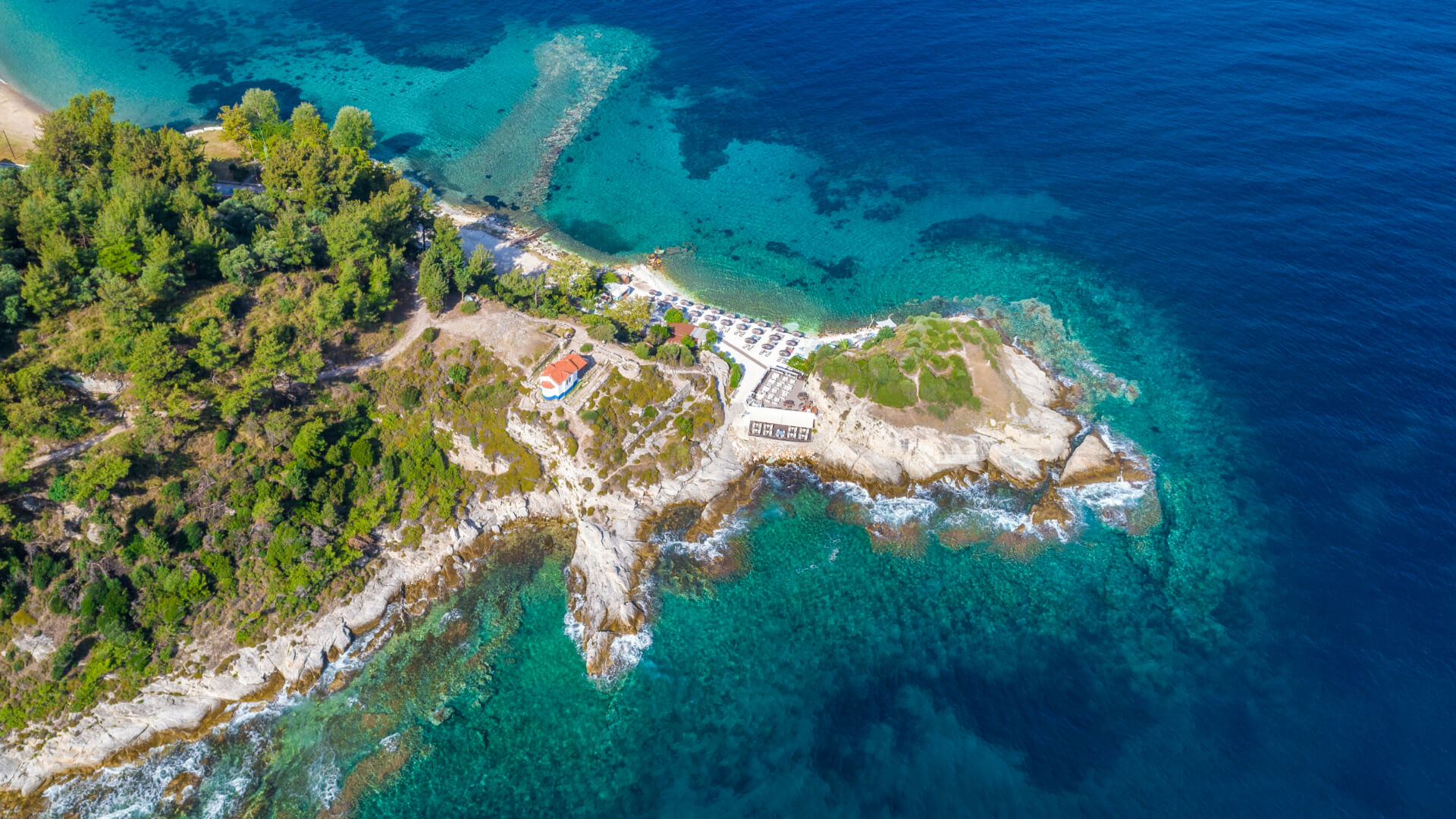 You can sail and discover the Islands and other destinations of Northern Greece from our Main Base in Kavala Port Keramoti.

"The flapping of the sail against the mast,
The ripple of the water on the side,
The ripple of girls’ laughter at the stern,
The only sounds:—when ’gan the West to burn,
And a red sun upon the seas to ride,
I stood upon the soil of Greece at last"

The capital and main port of the Kavala region is amphitheatrically built on the slopes of Mt. Symvolo forming one of the most charming cities in Greece. The city’s breeze sweeps through its historic buildings, which perfectly reflect the city’s modern character.

Neapoli, Hrisoupoli, Kavala: according to archaeological finds, the city’s history dates back to the Prehistoric times. Originally, the city’s core was restricted to the district of Panayia, which has been uninterruptedly inhabited since the 7th century BC. After 2500 years, though, at the beginning of the 16th century, Kavala expanded maintaining these new borders until 1870.

It was only after 1928 that it began to shape its today structure. It’s strategic and economic importance over the centuries is attributed to its strategic position in Via Egnatia, which traversed the city connecting East and West, to its port and to the natural fortification of the peninsula, on which the old city was built.

From our base in Keramoti you can have a magnificent sailing tour in the North – West Aegean Sea. Thasos, Samothraki, Mountain Athos and the all the Coast of Chalkidiki and cross the marine park of Sporades where there are many uninhabited islands. You can also sail to Skiathos, Skopelos, Alonissos Kira Panagia and Limnos.

For sailors who prefer secluded beaches and mooring to unique, quiet bays with plenty of time for swimming, Thasos and Chalkidiki are two of the greenest places in Greece with crystal clear waters. 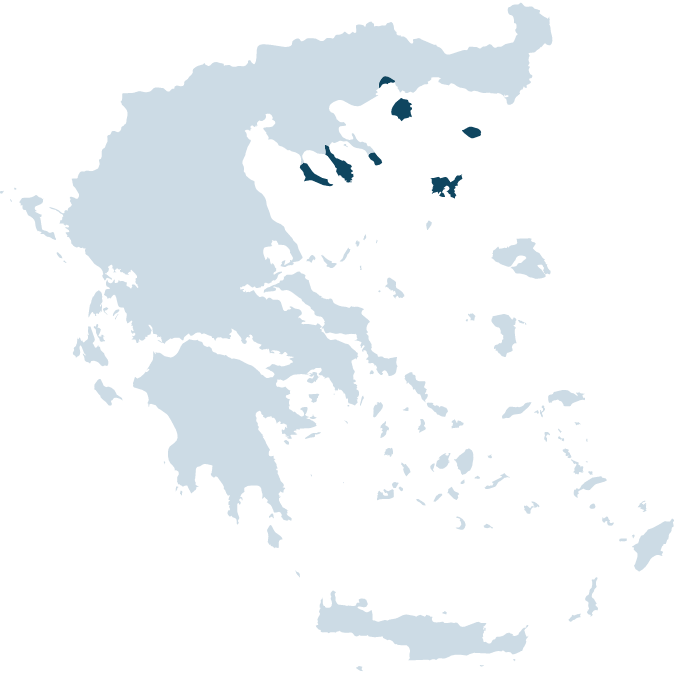 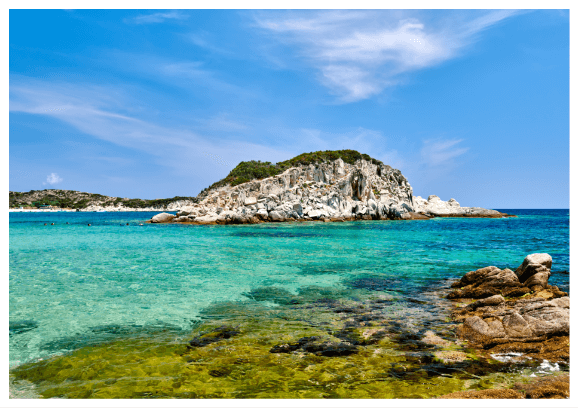 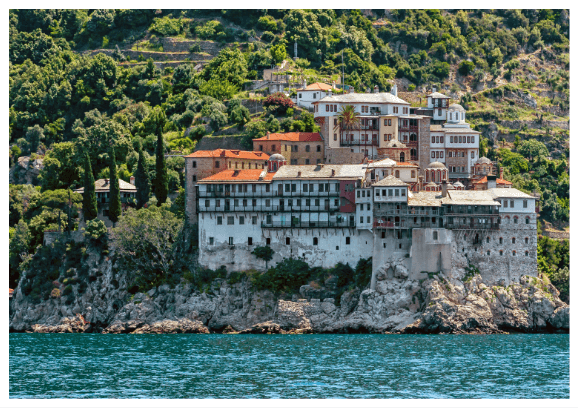 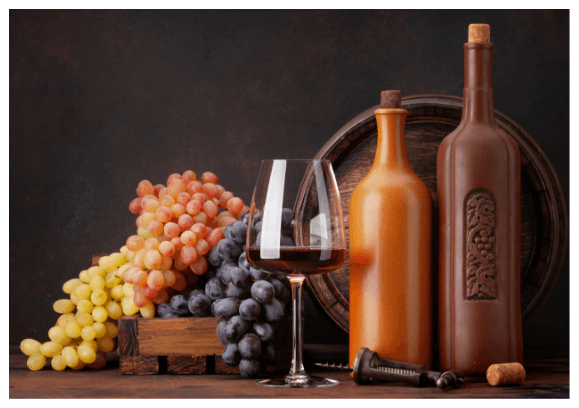 In Limnos you'll find a long tradition in cheese-making. If you're a cheese lover, you'll explore a rich variety of PDO (Protected Designation of Origin) traditional white cheeses, including the famous "kalathaki Limnou". What's more, you'll find plenty of PDO local wines, internationally awarded, to pair your cheese with locally made on the same island. As a matter of fact, the wine from Mithymna was considered by the Ancient Greeks as the legendary ambrosia; the nectar that the Olympian Gods drank.

Limnos also has a long history in apiculture, specializing in a thick, amber honey which smells of the herb thyme. There's also production of wheat and barley flour, which are then used in making "flomaria" a local type of pasta, and "trachanas", a type of thick soup made from fermented goat milk and flour. 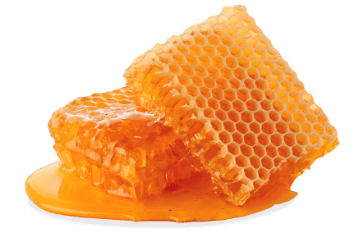 In Limnos you can visit the Petrified Forest, fossilized trunks, leaves and fruit dating back 22 million years. On the same island, you can visit the oldest known Neolithic City in the old world. One of the buildings there is thought to be the oldest parliament in the world.

If you're interested in Mythology and History, you'll find the Sanctuary of the Great Gods in Samothrace, built by an Amazon Queen. You can walk around the Archaeological Site of Philippi in Kavala. Or you can discover the archaeological site of Hephaestia dating from 1000BC in Lemnos. Find the ruins of a city which has been built and rebuilt during the ages and which includes palaces, a necropolis, Christian churches, Hellenistic theaters and Sanctuaries dedicated to the Ancient Goddess.

If you're looking for a day devoted to health and relaxation, discover the thermal springs of Hephaestus in Lemnos, or visit the waterfalls at the village of Kaspakas.

If you're interested in religious history, specifically Christian, then Mount Athos might be of interest. The peninsula is home to 20 monasteries and approximately 2000 monks.

If you like water sports, then you'll probably enjoy the sandy beaches of Thanos, Gomati and Keros in Lemnos, and you'll find surfing, water skiing and snorkelling equipement to buy or rent in most of Thassos' main beaches. If you prefer hiking then you may enjoy the lush vegetation and fresh water spots in Thassos island. 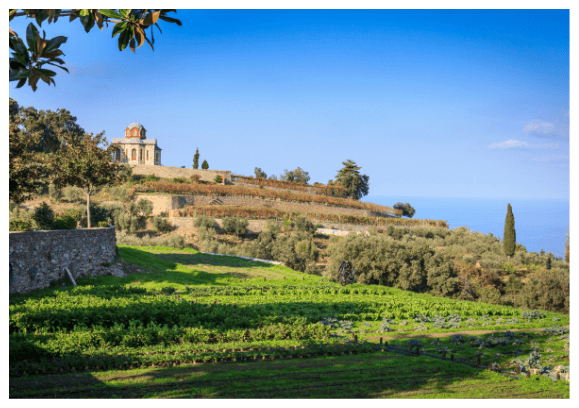 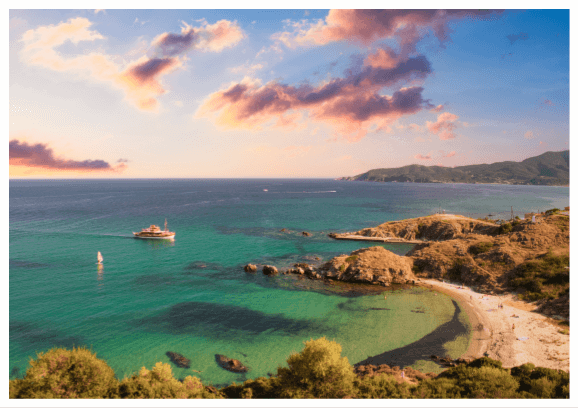 Island Selection No. 01: Seven days around the Northern Greece 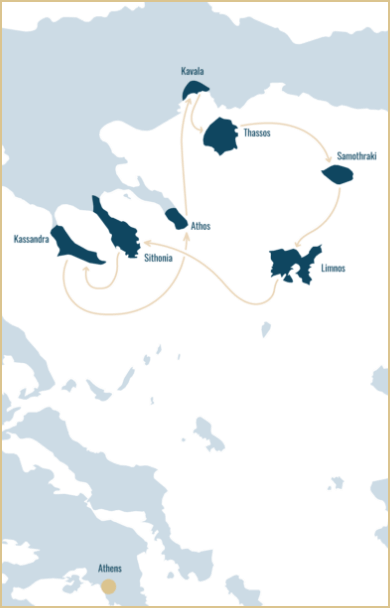 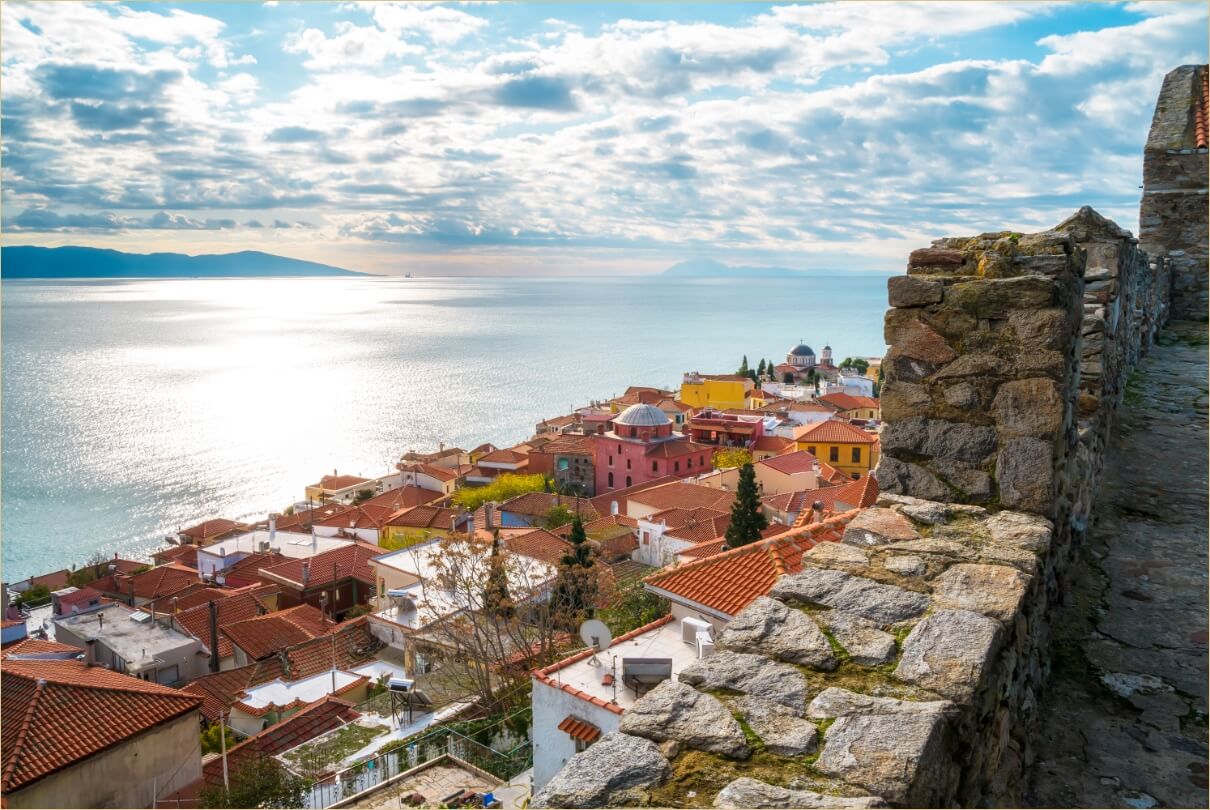 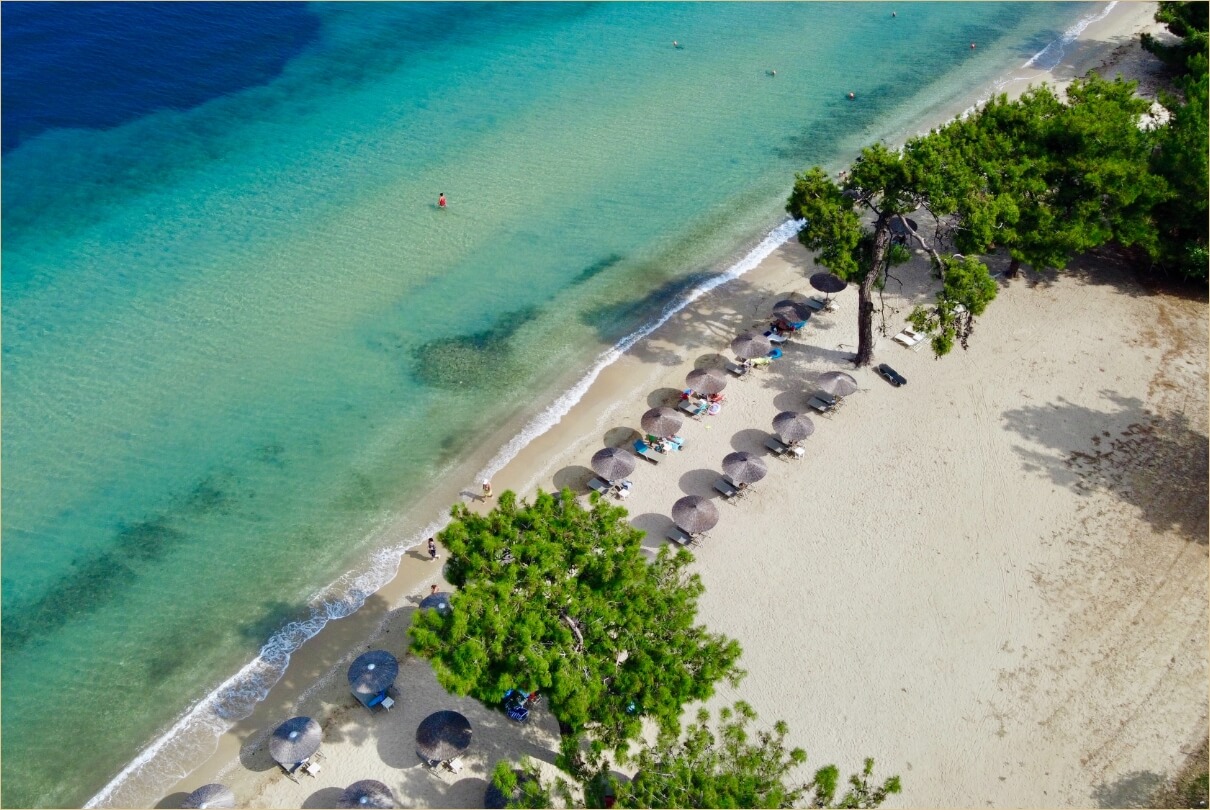 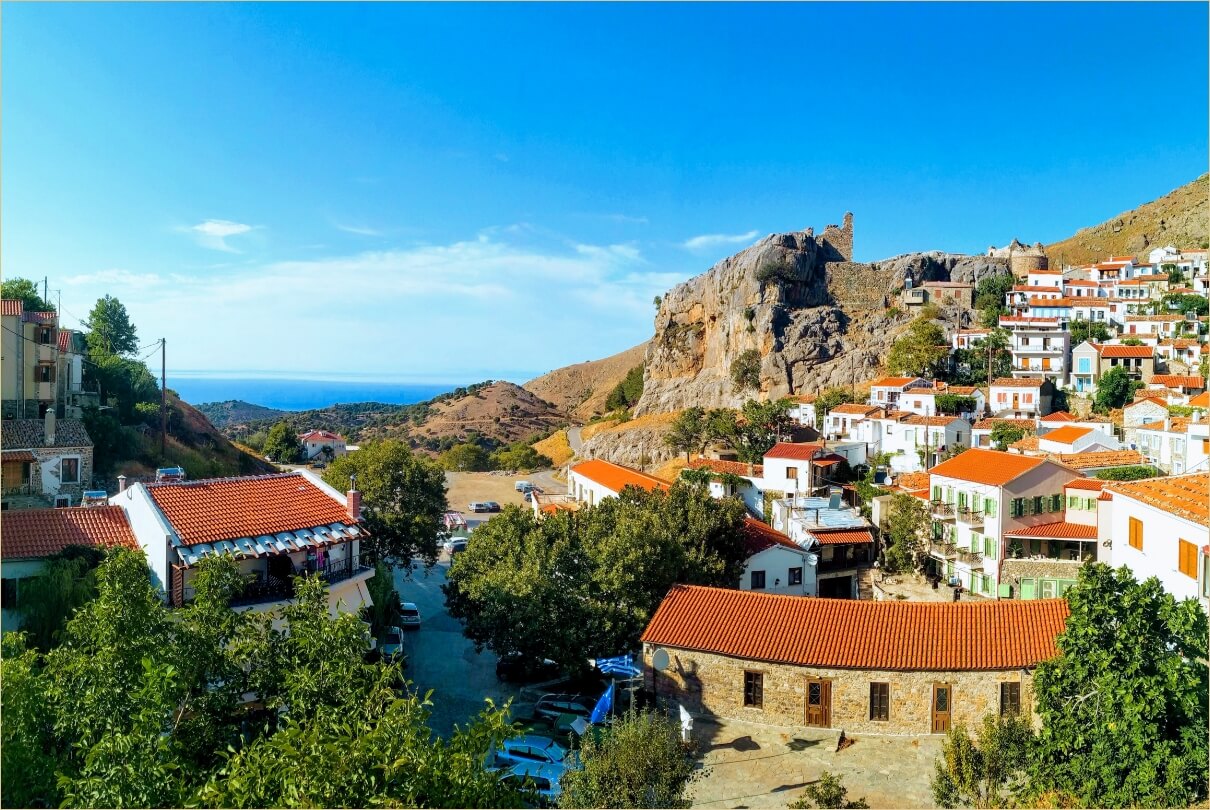 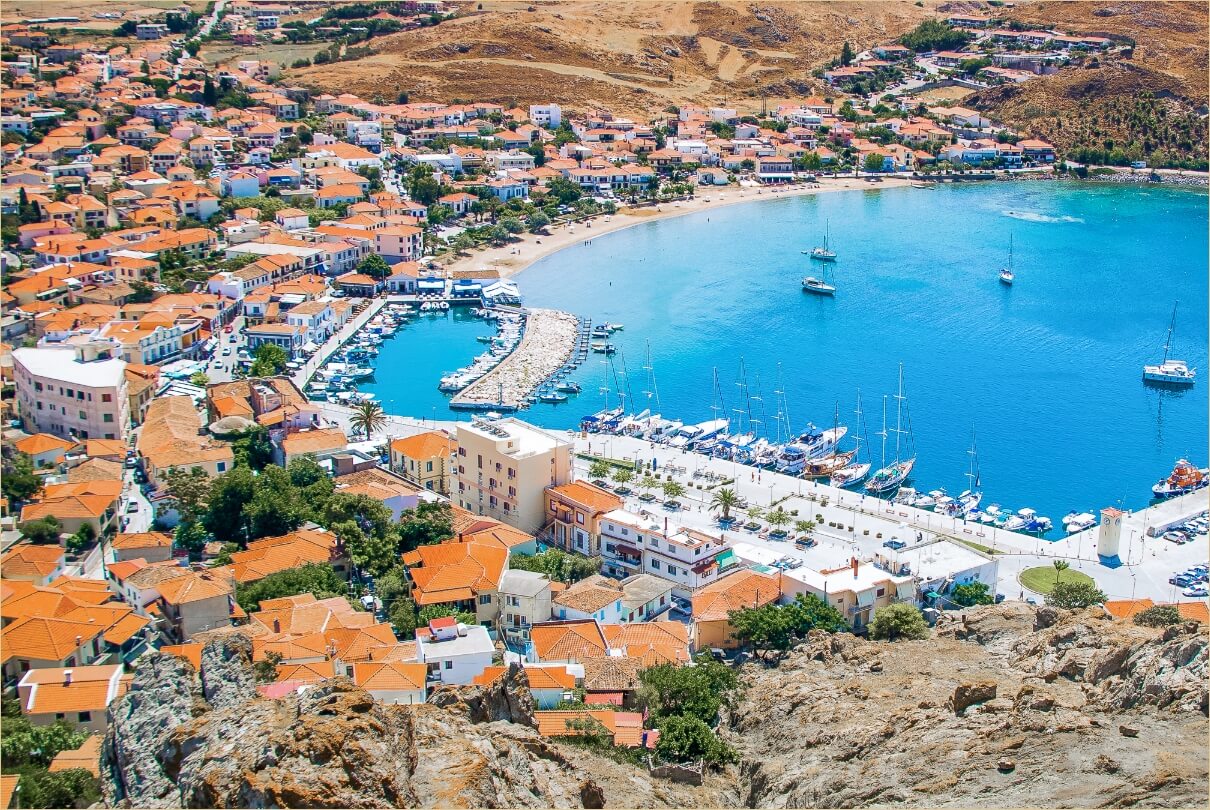 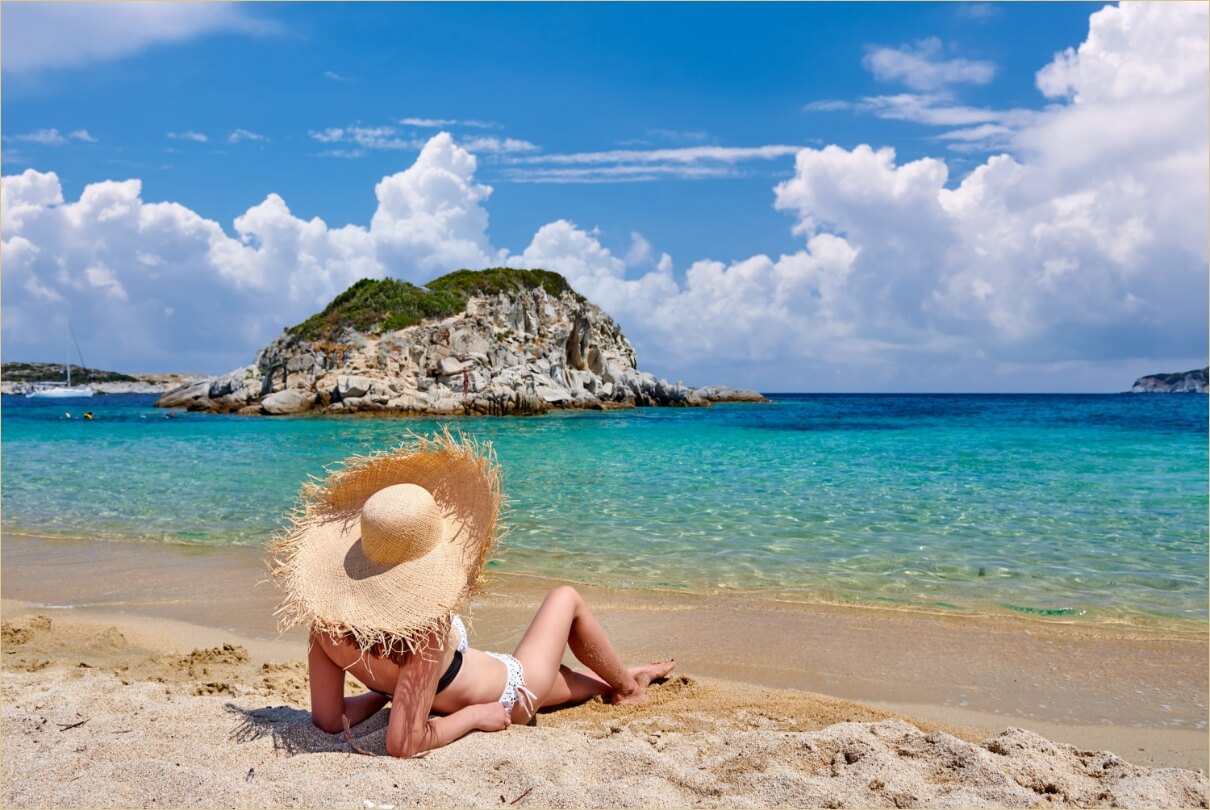 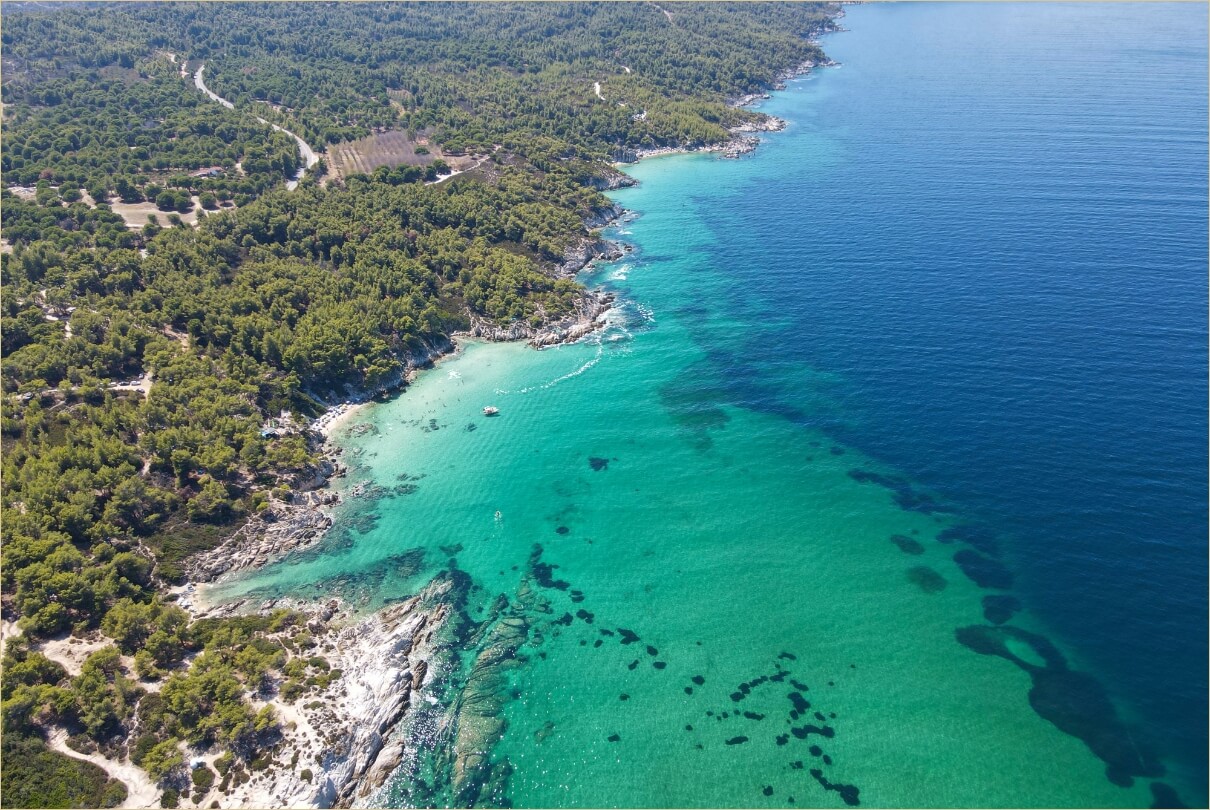 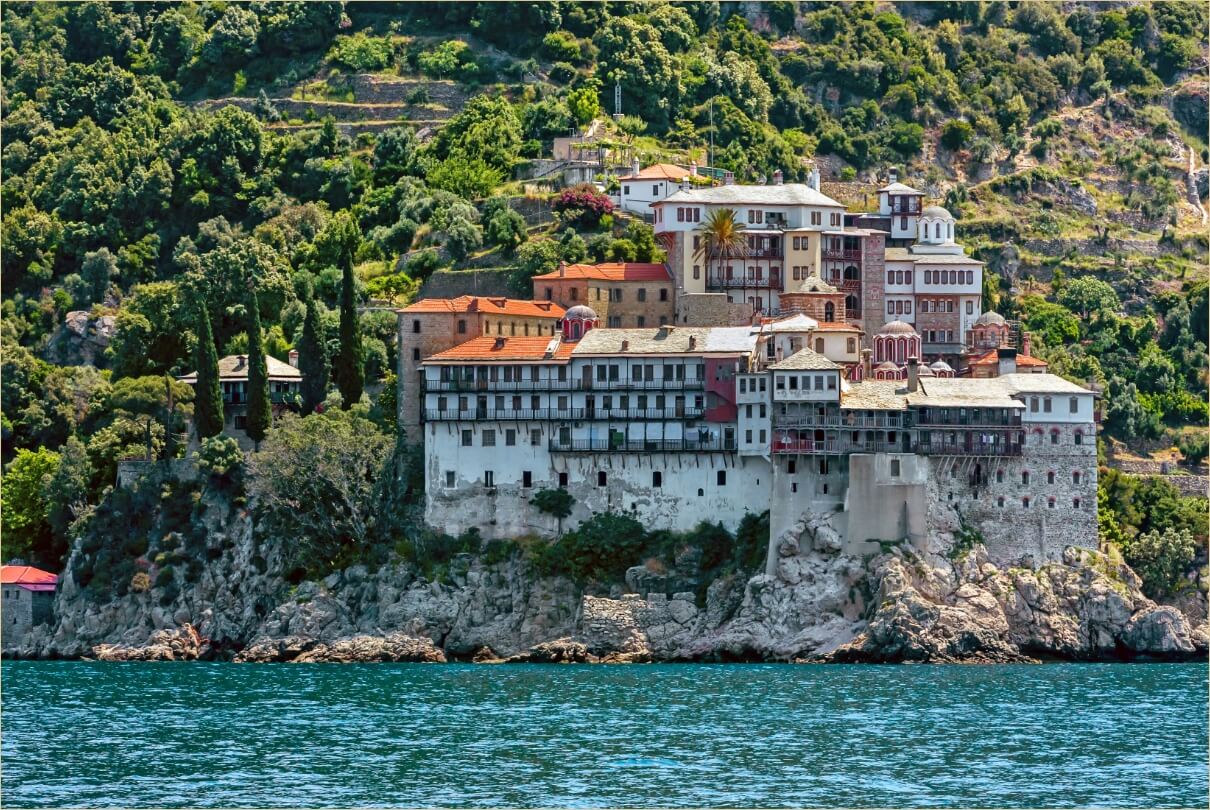